Join internationally renowned artists for a week of intensive exploration of the chamber music repertoire at the University of Washington School of Music.

Applicants should be skilled amateur musicians who wish to develop their chamber music skills to a high level in an intense week of music making. Participants will be put into groups with a similar level and repertoire interest playing alongside a faculty artist to participate in daily rehearsals, masterclasses as well as informal lectures and performances given by faculty artists. Groups will also have a chance to showcase their work and perform for a public audience at the end of the week.

Required Application Materials: one solo and one chamber music video recording, repertoire list and brief statement of background and musical experience. Pre-formed groups are welcome to apply as a group, or as individuals.

Lithuanian pianist Ieva Jokubaviciute’s intricately crafted performances and ability to communicate the essential substance of a work has led critics to describe her as possessing ‘razor-sharp intelligence and wit' (The Washington Post) and as ‘an artist of commanding technique, refined temperament and persuasive insight’ (The New York Times).  In 2006, she was honored as a recipient of a Borletti-Buitoni Trust Fellowship.
Labor Records released Ieva’s debut recording in 2010 to international acclaim, which resulted in recitals in New York, Chicago, Philadelphia, Baltimore, DC, Vilnius, and Toulouse.   Her latest recording:  Returning Paths:  solo piano works by Janacek and Suk was released in 2014.  Over the last seasons, she performed concerti with the Chicago Symphony Orchestra, with the American Youth Philharmonic in Washington, DC, and with orchestras in Rio de Janeiro, Brazil and in Montevideo, Uruguay.  Her piano trio—Trio Cavatina—won the 2009 Naumburg International Chamber Music Competition and toured nationally from 2005-2015. In the fall of 2016, Ieva began a collaboration with the violinist Midori Goto, with recitals in Columbia, Peru, Mexico, Japan, Canada, and throughout Europe.
A much sought after chamber musician, Ieva’s collaborative endeavors have brought her to major stages around the world, such as: Carnegie Hall's Stern Auditorium, London’s Wigmore Hall, and Washington DC’s Kennedy Center.  She regularly appears at international music festivals including: Marlboro, Ravinia, Bard, Caramoor, Chesapeake Chamber Music, Kneisel Hall, Four Seasons, and Prussia Cove in England.
Earning degrees from the Curtis Institute of Music and from Mannes College of Music, her principal teachers have been Seymour Lipkin and Richard Goode.  In the fall of 2015, Ieva began her tenure as Assistant Professor, Piano at Shenandoah Conservatory in Winchester, VA. 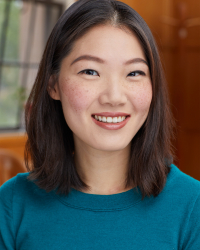 Violinist RACHEL LEE PRIDAY (PRY-day) is a passionate and inquisitive explorer in all her musical ventures, in search of contemporary relevance when performing the standard violin repertoire, and in discovering and commissioning new works. Her wide-ranging repertoire and eclectic programming reflect a deep fascination with literary and cultural narratives.

Rachel Lee Priday has appeared as soloist with major international orchestras, including the Chicago, Saint Louis, Houston, Seattle, and National Symphony Orchestras, the Boston Pops, and the Berlin Staatskapelle. Recital appearances have brought her to eminent venues including the Mostly Mozart Festival at Lincoln Center, Musée du Louvre, Verbier Festival, Ravinia Festival and Dame Myra Hess Memorial Series in Chicago, Mecklenburg-Vorpommern Festival in Germany, and tours of South Africa and the United Kingdom.

Committed to new music, and making enriching community and global connections, Rachel takes a multidisciplinary approach to performing that lends itself to new commissions organically merging poetry, dance, drama, stimulating visuals and music. Recent seasons have seen a new Violin Sonata commissioned from Pulitzer Prize Finalist Christopher Cerrone and the premiere of Matthew Aucoin’s “The Orphic Moment” in an innovative staging that mixed poetry, drama, visuals, and music. Rachel has collaborated several times with Ballet San Jose, and was lead performer in “Tchaikovsky: None But The Lonely Heart” during a week-long theatrical concert with Ensemble for the Romantic Century at the Brooklyn Academy of Music (BAM). Her work as soloist with the Asia America New Music Institute promoted new music relationships and cultural exchange between Asia and the Americas, combining new music premieres and educational outreach in the US, China, Korea and Vietnam.

Rachel began her violin studies at the age of four in Chicago. Shortly thereafter, she moved to New York to study with iconic pedagogue Dorothy DeLay, and continued her studies at the Juilliard School Pre-College Division with Itzhak Perlman. Rachel holds a B.A. degree in English from Harvard University and an M.M. from the New England Conservatory, where she studied with Miriam Fried. Since Fall 2019, she serves as Assistant Professor of Violin at the University of Washington School of Music.

Recent and upcoming concerto engagements include the Pacific Symphony, Buffalo Philharmonic, Johannesburg Philharmonic, Kwazulu-Natal Philharmonic, Stamford Symphony, and Bangor Symphony. Since making her orchestral debut at the Aspen Music Festival in 1997, she has performed with numerous orchestras across the country, such as the symphony orchestras of Colorado, Alabama, Knoxville, Rockford, and New York Youth Symphony. In Europe and in Asia, she has appeared at the Moritzburg Festival in Germany and with orchestras in Graz, Austria, Hong Kong, Singapore, and Korea, where she performed with the KBS Symphony, Seoul Philharmonic and Russian State Symphony Orchestra on tour.

Rachel has been profiled in The New Yorker, The Los Angeles Times, Family Circle, and The Strad. Her concerts have been broadcast on major media outlets in the U.S., Germany, Korea, South Africa, and Brazil, including a televised concert in Rio de Janeiro, numerous radio appearances on 98.7 WFMT Chicago radio, and American Public Media’s Performance Today. She been featured on the Disney Channel, “Fiddling for the Future” and “American Masters” on PBS, and the Grammy Awards.

Praised by the Chicago Tribune for her “irresistible panache,” Rachel Lee Priday enthralls audiences with her riveting stage presence and “rich, mellifluous sound.” The Baltimore Sun wrote, “It’s not just her technique, although clearly there’s nothing she can’t do on the fingerboard or with her bow. What’s most impressive is that she is an artist who can make the music sing… And though her tone is voluptuous and sexy where it counts, she concluded the ‘Intermezzo’ with such charm that her listeners responded with a collective chuckle of approval as she finished.”

She performs on a Nicolo Gagliano violin (Naples, 1760), double-purfled with fleurs-de-lis, named Alejandro.

“Riveting” (NYTimes) cellist, Sæunn Thorsteinsdóttir, has appeared as soloist with the Los Angeles Philharmonic, NDR Elbphilharmonie Orchester, Toronto and Iceland Symphonies, among others, and her recital and chamber music performances have taken her across the US, Europe and Asia.  Following the release of her debut recording of Britten’s Suites for Solo Cello on Centaur Records, she has performed in some of the world’s greatest halls including Carnegie Hall, Suntory Hall and Disney Hall. The press have described her as “charismatic” (NYTimes) and praised her performances for their “emotional intensity” (LATimes).

An avid chamber musician, she has collaborated in performance with Itzhak Perlman, Mitsuko Uchida, Richard Goode and members of the Emerson, Guarneri, St. Lawrence and Cavani Quartets and has performed in numerous chamber music festivals, including Santa Fe, Seattle, Orcas Island, Bay Chamber, Prussia Cove and Marlboro, with whom she has toured. She is cellist of the Seattle-based group, Frequency, and cellist and founding member of Decoda, The Affiliate Ensemble of Carnegie Hall.

The 2018-2019 season started with a national TV appearance with the Iceland Symphony on their annual “Our Classics” program. Also this season, Sæunn makes her debut with the BBC and Seattle Symphonies performing the award-winning cello concerto, Quake, written for her by Páll Ragnar Pálsson. Chamber music appearances take her to Carnegie Hall in New York City, Seoul, Glasgow, Cleveland and Los Angeles, as well as recitals in Reykjavík, and Chicago following the Spring 2019 release of her recording of Icelandic solo cello music on the Sono Luminus label.

Highlights of the 2017-2018 season include the US premiere of Betsy Jolas’ Wanderlied and the Hong Kong premiere of Sofia Gubaidulina’s Canticle of the Sun, as well as recitals and chamber music appearances in New York City, San Francisco, Seattle, Glasgow, London and Reykjavík. In addition to commissioning Daníel Bjarnason to write his piece for multi-track celli, Bow to String, Sæunn enjoys close working relationships with composers of our time such as Páll Ragnar Pálsson, Halldór Smárason, Melia Watras, Jane Antonia Cornish and Þuríður Jónsdóttir.

Sæunn has garnered numerous top prizes in international competitions, including the Naumburg Competition and the Antonio Janigro Competition in Zagreb. She received a Bachelor of Music from the Cleveland Institute of Music, a Master of Music from The Juilliard School and a Doctorate of Musical Arts from SUNY Stony Brook.  Her teachers and mentors include Richard Aaron, Tanya Carey, Colin Carr and Joel Krosnick.