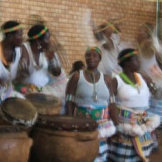 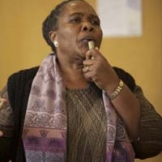 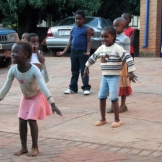 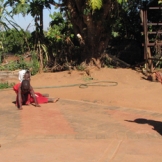 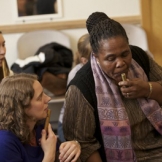 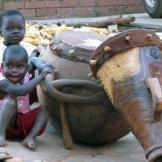 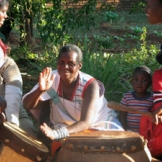 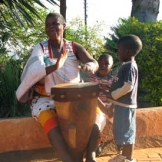 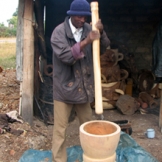 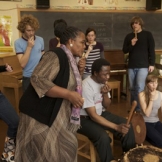 In 1973 John Blacking’s How Musical Is Man? was published by University of Washington Press. Blacking, an English anthropologist and ethnomusicologist, had been invited to the University of Washington as a Jessie and John Danz Lecturer in 1971, and his series of talks became the basis for this published work. How Musi­cal Is Man? explores the role of music in society and culture and, conversely, the role of culture and society in music. Blacking draws on his field research with the Venda people of the Northern Transvaal, South Africa as well as his own musical background to demonstrate the relationships between patterns of sound and patterns of human organization inherent to all societies.

In response to requests for recordings of the musical examples in How Musical Is Man?, Blacking provided the University of Washington Ethnomusicology Archives with an audio tape of samples of his own recordings of Venda music to make available for distribution.  This music, along with Blacking's accompanying notes, is now available here as streamed audio.

Blacking's notes include the following explanation:

"The items on this tape, mostly excerpts from longer recordings, have been selected to complement, not necessarily to duplicate, the musical examples in How Musical Is Man?....Thus alternative or "deviant" versions of songs that are in the book have been included, as well as music that is not in the book. In the following notes, the abbreviation HM stands for How Musical Is Man? ; VC stands for Venda Children's Songs by John Blacking (Johannesburg: Witwaterstrand University Press, 1967)."

Tshikona tsha Shakadza, 1956. The Venda national drama for reed pipes, played by men, and drums, played by woman; performed at Thengwe by the people of Shakadza, who were called to the chief’s capital. (1:30)

Mutshaini, a melody for pentatonic reed pipes and drums, played in Meadowlands, Soweto, Johannesburg, by a team led by Petrus Liuvha and Johannes Doboro.  Note the introductory call on the phalaphala (see HM, illus. following p. 50), a side-blown horn made from the horn of a sable antelope or kudu.  See also HM, Fig. 12, p.97.  (3:20)

Mangovho, a melody for pentatonic reed pipes and drums, performed by the same group as No. 3.  (1:30)

a) Solo for dilitili flute (see HM, illus. following p. 50), played by Ratshilumela Mufanadzo of Magidi in 1958; followed by “words” by which the melody is remembered, and then a second tune called Tshitereke, whose words are sung by Mboneni Ramaposwo.  (2:15)

b) A rare performance by a man on lugube musical bow, by Aaron Mulaudzi of Tshakhuma in 1956; followed by a version of the public song of the boys’ circumcision school (murundu) performed by a group of girls at Tshivhambe in 1956, accompanied on lugube by Nyamukamadi.  (0:55)

c) A well-known song for tshihwana musical bow played by Thivhiliheni Ne-Thengwe in 1958.  The string broke and could not be satisfactorily repaired.  The song is Tshidudu tsha makhulu Matodzi (“The small clay pot for my grandmother Matodzi”).  (0:25)

a) For mbila tshipai: (i) A walking tune for going to amalaita boxing at the cattle dip (see Pl. 5 in VC), played in 1956 by Samuel Shipango of Lambani.  (ii) and (iii) two Amalaita duets played in 1956 by Johannes Hanyani (Shangana-Tsonga) of Tshivhambe, assisted by Joseph Makungo (Venda).  (2:00)

b) For mbila dza madeza: (i) Vho-Muzila and (ii) Tsha Madekwe, played by Mattheus Mutswaletswane of Vondo in Meadowlands, Soweto, in 1963, accompanied by friends who sing the chorus.  (2:25)

c) For mbila mtondo xylophone: Hu na Nya-mu-takala-nga-u-la (“It is Madam Happy-whenever-she-is eating.”)  This is an old song, said to be the original of Vho-Muzila (see bi, above), which was the name given to it in honor of Ramaremisa, Chief Tshivhase in the 1930s.  Played by William Marubini Madobi and George Lugiseni Madobi of Mbaleni, in 1957.  See photo taken during performance, HM, following p. 50.  (2:20)

a) The story of a man and his wife and the fruit tree, told by Munzhedzi Mmbi of Gaba in 1958, accompanied by children and friends.  (2:10)

c) The song from a story about a girl who changed into a bird and warned a man not to eat, sung by Tshikale Munaka with girls from Thengwe in 1958.  (0:20)

The girls’ play-dance, tshigombela.  Three excerpts from a 20-minute performance by girls from Magidi, led by Tshidavhula Vhuromu at Tshivhambe, while on bepha musical expedition in 1958:  (a) shortly after the beginning of the song Nne ro betsha, leg rattles are audible as the girls dance round in a circle; (b) the pitch has risen, and the chorus sounds different after about 10 minutes; (c) the whistles are blown energetically by girls who come out to dance in pairs and threes, and the end of the dance is signaled by an iambic beat on the drum.  See HM, illus. following p. 18.  (3:10)

c) Luimbo lwa dzingoma (song for a special rite): Phephenyane i a nnduma tswaroni (“Phephenyane is biting me in the thighs”), sung by the same group as in b.  While singing this, novices must walk along holding sharpened sticks between their thighs.  (0:45)

d) Luimbo lwa milayo (song of the laws of the school): Sankwanye marunda (“It presses down on my shoulders”), led by the spirit of the school (with kazoo-like instrument called mufuni or sitlanjani), who is called Nonyana, and sung by the same group as in a in 1957.  (0:50)

e) Mutsha, one of the masked dancers, speaks to the novices in whistle language.  (0:35)

A modern school song, exhorting the Venda people to study hard and diligently, sung by pupils at the primary school at Thengwe in 1958, led by their teacher, Martin Simeli.  (1:00)

A hymn of the Zionist Separatist Churches, sung early in the morning toward the end of an all–night service preceding the opening of a new shop in Sambandou on 29 November 1958.  (1:00)

a) Tshele, sung by women accompanied with hand rattles, indoors, prior to the public dance of possession.  (0:45)

Songs of the vhusha and tshikanda initiation schools for girls.

b) Xaxaee! Ri toda mutei (“Haha! We are looking for a novice”), the song by which girls are summoned and taken from their homes to the council hut for instruction, sung at Thengwe in 1958.  (0:40)

c) Vhusha, the ritual song of the school, sung at Thengwe in 1958.  Note the characteristic rhythm and the khulo style of singing.  (2:05)

e) Rejoicing on the last night of tshikanda at Lukau in 1957.  Sounds of phalaphala horn being blown by women, and also the pembela rhythm on the bass drum.  (0:20)

The great song of the domba premarital initiation, performed by Jack Makumbila Nemukula and novices and graduates of domba at Thengwe, 1958.  (4:10)

Learning how to sing pounding songs (mafhuwe) at domba, instructed by Jack Makumbila at Thengwe in 1958.  (0:35)

Tshikona tsha Shakadza in 1958.  Some close-ups of the different players interacting to produce the whole pattern from combinations of single tones, each played on a separate pipe; performed at Shakadza, near the headman's home.  (1:15)

The University of Washington Ethnomusicology Archives dedicates this page to the memory of John Blacking. It was made possible through the efforts of Cecilia Jezek, John Vallier, Andrea Emberly, and Mudzunga Junniah Davhula.