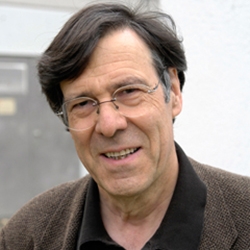 Composer André Richard will be in residence at UW in February 2014.

Swiss composer/conductor André Richard worked closely with Luigi Nono, one of the most notable composers of the 20th Century. A world-wide authority on the composer and his music, Richard concludes a week-long residency at the School of Music at this concert featuring works by Nono and Richard, performed by members of the modern music ensemble and André Richard .

ARTIST BIO
André Richard
André Richard is a composer, conductor and performer of live electronic music. He studied at Geneva Conservatory and with Klaus Huber and Brian Ferneyhough at Freiburg Musikhochschule. He then did advanced study in electronic music with Hans Peter Haller at EXPERIMENTALSTUDIO des SWR in Freiburg and at IRCAM in Paris.

His works have been performed inter alia at the international music festivals in Budapest, Frankfurt, Oslo and Essen. He has taught at Geneva Conservatory and Freiburg Musikhochschule and has been the longstanding managing director of the Freiburg Institute for New Music.

Besides his many international concert engagements and prizes, he has served as artistic director of the EXPERIMENTALSTUDIO of the Heinrich Strobel Foundation of SWR (1989–2005). Working closely with composers, performers and the Studio’s staff, he has been internationally active as a sound director or conductor, producing many major new works with integrated live electronic resources. Since the beginning of 2006 he has carried on his activities on a freelance basis.

He has won the Reinhold Schneider Prize (the cultural prize of the city of Freiburg, 1990), the Prize of the Christoph and Stephan Kaske Foundation (Munich, 1994) and the European Cultural Prize for New Music (1998).