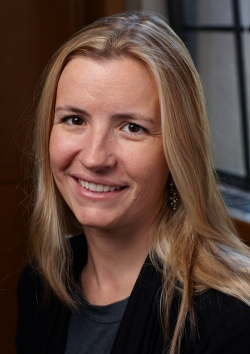 In demand both nationally and internationally, she has performed as guest Principal Harp of the Orchestre Philharmonique de Radio France and the Nice Philharmonic, and has also appeared with the Philadelphia Orchestra. She has performed at prestigious festivals worldwide, and has played under the batons of such renowned conductors as Sir Simon Rattle, Wolfgang Sawallisch, Kurt Masur, Seiji Ozawa, and Bernard Haitink.

Born in Nice, France, she began her musical education at the Nice Conservatory, from which she received top honors. She continued her studies at the Curtis Institute with Marilyn Costello and Judy Loman, followed by graduate work at Yale University with Nancy Allen.