Music of Today: An Evening with Heatwarmer 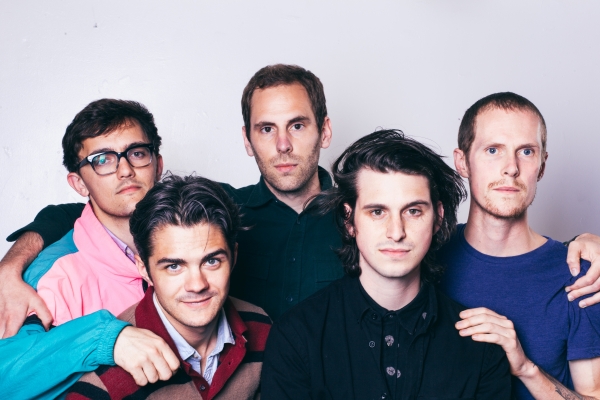 Heatwarmer are Seattle’s prog band for people who hate prog (or think they do). Their ultra-feel-good, alien indie-jazz indulges in bombastic glitz without seeming cold or histrionic. The Racer Sessions-y post-music-school panache—the fierce musicianship and careful arrangements, twinkly guitars and dreamy horns, etc.—feels surprisingly inviting and doesn’t alienate with its preciseness. The band’s whimsical, quasi-classical experiments are warm enough to feel all-encompassing and cinematic, reminding me of classically infused indie acts like Jherek Bischoff and Final Fantasy–era Owen Pallett, if their goal was to make you dance (or take off your sweater). Tonight Heatwarmer’s weirdo-prog-jazz returns to its natural collegiate habitat, fresh off of studio time with Randall Dunn (whose experimental music credits include Sun City Girls, Sunn O))), and Boris). -Brittnie Fuller, The Stranger

The University of Washington School of Music and The Center for Digital Arts and Experimental Media (DXARTS) co-sponsor this series featuring groundbreaking new works and modern classics by faculty and guest composers.

The series launches this year with a performance by Seattle group Heatwarmer (whose members include School of Music faculty member Luke Bergman and Jazz Studies alumni Aaron Otheim and Evan Woodle), credited with creating some of the most original and eclectic work to emerge from Seattle’s thriving new music scene.

Luke Bergman: An innovative bassist, composer and producer who is constantly putting forth spirited work, Luke Bergman has become an integral part of the music scene in the Northwest. His artistic and educational efforts as well as his dedication to creative music have served as a touchstone for a new generation of Seattle musicians. Bergman's music has garnered critical acclaim on a national and international level for his work with Heatwarmer, Lonesome Shack, Thousands, and The Cuong Vu Group. He is dedicated to the development of the local music community and serves as co-creator, organizer and artistic director of The Racer Sessions, a weekly performance series which is devoted to the advancement of avant-garde music in Seattle. Debuting new works each week and operating as a performance workshop for group...

Aaron Otheim: Since graduating from the University of Washington School of Music in 2008, Aaron Otheim has steadily cultivated an innovative presence in Seattle as a keyboardist, composer and community organizer. Originally a classical piano major, Otheim shifted his focus to jazz and improvised music, all while assimilating sounds from the Pacific Northwest's verdant rock and experimental scene. In recent years, Otheim's work with critically-acclaimed projects such as Speak, Heatwarmer, and Burn List, has revealed a unique, boundary-challenging artistry driven by his eclectic musical background and talents as an improvisor and sound designer. Otheim is also known for his community efforts as a founding member of record label Table & Chairs and principal organizer of the Racer Sessions, both of which have provided a grassroots focal point for exploratory and improvised music in Seattle and beyond.

Evan Woodle: Evan Woodle is a recent graduate of the University of Washington Jazz Studies program as well as an alumnus of Roosevelt High School, where he played in the acclaimed jazz band. In addition to functioning as a driving force behind bands ranging from bebop to Haitian Vodou, Evan is one of the co-founders of The Racer Sessions, a weekly composition and free-improvisation series. Evan also serves as a board member of Table & Chairs, a record label devoted to the chronicling and advancement of new music.