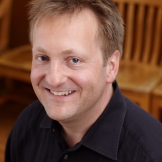 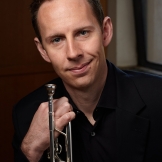 Douglas Cleveland, the John Delo Faculty Fellow in Organ at the University of Washington, is considered by critics and musicians across the country to be one of America’s finest concert organists. He holds degrees from The Eastman School of Music and Indiana University, where his teachers included Russell Saunders, Larry Smith, and Marilyn Keiser. In 1993, Cleveland won first prize at the Fort Wayne Organ Competition, and in 1994 he followed this by winning the first prize at the American Guild of Organists National Young Artists Competition in Dallas.

Since winning these prestigious competitions, Cleveland has performed in 48 of the United States, as well as in Australia, England, Russia, Sweden, Germany, and France. He is often asked by his peers to appear as a solo artist at conventions, and has performed at conventions of the American Guild of Organists, as well as the Organ Historical Society. He has appeared with several symphony orchestras, including the National Symphony Orchestra and the Milwaukee Symphony. His first recording, The Grand Organ of Princeton University Chapel, was released in 1993, and he has subsequently made two recordings on the Gothic label that have received critical acclaim in Fanfare, The American Record Guide, and Organists Review.

In 1997, Cleveland was a visiting faculty member at St. Olaf College (Minn.), where he taught organ. From 1999 to 2004, Cleveland held the position of assistant professor of organ and church music at Northwestern University. While on the Northwestern faculty, he received the Searle Fellowship for teaching excellence. He currently maintains a full recital calendar and is director of music at Plymouth Congregational Church in Seattle, in addition to teaching organ at the University of Washington School of Music.

Mr. Gordon has toured extensively in Europe, North America and South America, and has performed in such prestigious festivals as Tanglewood, Lucerne and Schleswig-Holstein. As a chamber musician, he has performed with Music of Remembrance, Seattle Chamber Players and as a member of the Seattle Symphony Chamber Series, among others. In addition to his performance activities, he records frequently for radio, television, and film. A committed educator, David is a faculty member at the University of Washington, and regularly presents master classes and coachings nationwide.

A native of Narragansett, RI, David Gordon was educated at Columbia University, from which he holds a degree in philosophy, and The Juilliard School. He lives in Seattle with his wife, Seattle Symphony Principal Harp Valerie Muzzolini Gordon, daughter Anaïs, and English bulldog Massimo.