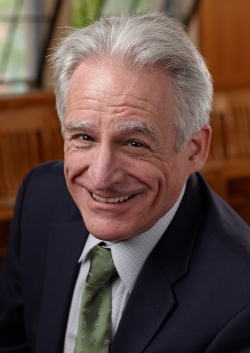 Faculty pianist Craig Sheppard gives Seattle audiences a rare treat—the opportunity to hear, in a single performance, the entirety of the 24 Preludes and Fugues, Opus 87,by Dmitri Shostakovich.

Among the most influential in the canon of 20th century solo piano works, these incredibly varied pieces were composed over an intense three-month period following an inspirational meeting, in October 1950, between the composer and the great Russian pianist, Tatiana Nikolayeva.

Professor of Piano Craig Sheppard joined the faculty of the School of Music of the University of Washington in 1993 after living twenty years in London. Known for his ebullience and passion at the keyboard, allied to a technical mastery and deep commitment to both scholarly and historic perspectives, he continues to enjoy a highly successful international concert career that has spanned over forty years. He has made eleven trips to the Far East since 2002, giving master classes and performing in leading conservatories and universities in China, Japan, Korea, Taiwan and Singapore. He has made three trips to New Zealand, in 2007 and 2008, performing both books of Bach’s Well Tempered Clavier, and n September, 2012 performing the first two books of Liszt’s Années de Pèlerinage.

A much sought after pedagogue, hisstudents in both Europe and in the US have won numerous local, national and international competitions over the years.  A number of former students hold positions at universities throughout the US, Europe and Asia. With his colleague, Dr. Robin McCabe, he is co-founder of theSeattle Summer Piano Instituteat the University of Washington, held every summer at the School of Music for a group of sixteen gifted young pianists from around the world.

Craig Sheppard’s CDs can be found on the Roméo, AT-Berlin, Philips, Sony, and Chandos labels.