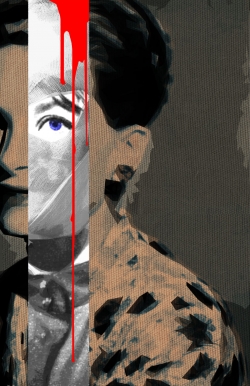 Showtimes: Performances of Pénélope are Thurs. and Sat. Oct. 22 and 24, 7:30 pm and Sun. Oct. 25 at 2 pm. Click the "Buy Tickets" link on this page to purchase advance tickets for all three performances.

Sung in French with English titles.

Dean Williamson is the artistic director of Opera Cleveland, where he has conducted Mozart’s Don Giovanni and Le nozze di Figaro, Verdi’s Falstaff, Humperdinck’sHänsel und Gretel, Puccini’s Bohème, and Rossini’s Barber of Seville. Prior to joining Opera Cleveland, Williamson was the principal coach and pianist for Seattle Opera for 12 years and music director of the company’s Young Artists Program for five years, conducting all of the program’s productions from 1999 to 2007. He made his mainstage conducting debut at Seattle Opera with Offenbach’s Contes d’Hoffmann and returned last season for Le nozze di Figaro. In 2011, he will conductThe Barber of Seville. Williamson has conducted Don Giovanni at Opera Colorado and Spokane Opera, Donizetti’s Lucia di Lammermoor at Minnesota Opera, Donizetti’s Don Pasquale and Rossini’s Barber of Seville at Wolf Trap Opera, Tchaikovsky’s Eugene Onegin at the Opera Festival of New Jersey, Puccini’sBohème at Washington East Opera, and Bizet’s Carmen at Rimrock Opera and Opera Theatre of Saint Louis. Other credits include Don Pasquale for San Francisco Opera’s Merola Program, Rossini’s Italiana in Algeri at Boston Lyric Opera, Verdi’sTraviata at Washington East Opera, and Stephen Sondheim’s Passion at Minnesota Opera.

Hailed by the International Herald Tribune for her “luscious mezzo” and Der Tagesspiel for “her impressive, metallic dramatic soprano”, American mezzo-soprano Julia Benzinger is enjoying a career in both opera and concert throughout Europe and the United States.

The 2014-2015 season sees Ms. Benzinger return to the Deutsche Oper Berlin as Il Musico in Puccini's Manon Lescaut. In November, Julia will be seen with Music of Remembrance in Songs and Satire from Terezin. She made her Pacific MusicWorks debut in May (Die Zauberflöte) under the musical direction of Stephen Stubbs. She made her Vespertine Opera Theater debut as Lucretia in The Rape of Lucretia.

Former Seattle Opera and Sarasota Opera Young Artist, Benzinger has been the recipient of many awards including the Deutsche Oper Curt Engelhorn Award, the Anne O’Donnell Outstanding Apprentice Award, and scholarships from the Wagner Society of Northern California, and Seattle Opera Guild.

Seattle-based tenor Eric Neuville is equally at home on both the operatic and concert stage. His 2015 season has included performances of Don Jose in La tragédie de Carmen with The Washington Idaho Symphony, The Prince in Rumpelstiltskin (Baber) with Opera Fairbanks, Scaramuccio in Ariadne auf Naxos and Abdullo inNabucco with Seattle Opera, as well as his debut with Madison Opera as Laurie in Little Women (Adamo). This marks his Vespertine Opera Theater debut.

On the concert stage, he has most recently been heard as the tenor soloist in Beethoven's 9th Symphony with the Seattle Symphony and Conspirare, Carmina Burana with the Austin Symphony, Handel's Messiahwith the Tacoma Symphony, Bach's St. Matthew Passion with Conspirare and the Victoria Bach Festival, Haydn's Creation with the Bainbridge Chorale, and Cary Ratcliff's Ode to Common Things with Conspirare.  Upcoming performances include Carmina Burana with the Tucson Symphony Orchestra, Messiah with the Portland Chamber Orchestra, John Muehleisen's Pietá with the St. Olaf Choir, and in recital with Sonja Tenblad and Michelle Schumann to launch the new Conspirare Recital Series. Dr. Neuville is a graduate of St. Olaf College, The University of Texas at Austin, and The University of Washington, as well as Seattle Opera and Chautauqua Opera's Young Artist Programs.

Since moving to Seattle she has worked with Vashon Opera, PNB, and Seattle Opera. Later this year she has concerts in Wales and Vancouver BC, and will be singing the role of Smeton, Anna Bolena (PSCO), Orlofsky, Die Fledermaus (Tacoma Opera), Beethoven 9th, Philharmonia Northwest. This marks her debut with Vespertine Opera Theater

In his 2014-2015 season, baritone Jared A. Guest performed the roles of Escamillo in Carmen and Marullo inRigoletto with Opera in the Heights and as a Young Artist at Opera Colorado. Jared’s credits also include Yamadori in Madama Butterfly with Opera Colorado and Figaro in The Barber of Seville with Opera Colorado Outreach, Belcore in L’elisir d’amore, Leporello in Don Giovanni, and Sharpless in Madama Butterfly with Opera in the Ozarks, Alfio in Cavalleria Rusticana with Kingwood Opera, and the title role in Hans in Luck by Omari Tau with Lonestar Lyric Opera. While earning his Masters degree from the University of Houston, Jared performed the roles of Ford in Falstaff, Papageno in The Magic Flute, Herr von Faninal in Der Rosenkavalier, Paul in the Southern premier of Daron Hagen’s opera Amelia, and Di Cosimo in Daniel Catan’s Il Postino. As a Chautauqua Opera Studio Artist last summer, Jared performed the roles of Yamadori in Madam Butterfly and Third Dandy/Politician in The Ballad of Baby Doe. This marks his debut with Vespertine Opera Theater.

This Portland, Oregon born, award-winning baritone has amassed a wonderful list of accolades and successes in the last decade singing leading roles with the major orchestras and opera companies of the world. Highlights of the past few seasons include Mahler 8th Symphony, Missa Solemnis, Mozart requiem, & Beethoven 9th with the Seattle Symphony, Gerard Schwarz conducting, Les Troyens at Tanglewood with James Levine, Oedipus Rex with the Boston Symphony under the direction of von Dohnanyi, Walküre Wotan (cover) on the MET tour of Japan, Hans Sachs (cover) in Die Meistersinger von Nürnburg at the MET, and the American Premier of the opera Sophie's Choice by Nicholas Maw at the Washington Opera.

Previous seasons included Elijah, Saul, Mozart Requiem, Mahler 8th Symphony, & Creation with the Mormon Tabernacle Choir, Messiah & Oedipus Rex with the Orchestre Symphonique de Montréal, and a return to New Orleans Opera for performances of Siegfried.   Mr. Brainerd sang Wotan in Die Walküre at the Scottish Opera’s second installment of their internationally acclaimed Ring Cycle, and the role of Amonasro in the production of Aida with the Scottish Opera.

Mr. Brainerd has also made his debut at the Paris Opera (Bastille) in La Damnation de Faust with Seiji Ozawa on the podium, a debut in Madrid singing the title role in performances of a newly discovered opera Merlin by Isaac Albeniz, Wotan in Die Walküre with the New Orleans Opera and performances of Messiah at Carnegie Hall. Mr. Brainerd replaced James Morris as Wotan in Die Walküre at Teatro Colon in Buenos Aires. Mr. Brainerd has sung Kurvenal in a performances and recording of Tristan und Isolde at Carnegie hall with the Opera Orchestra of New York and Scarpia in Tosca with Teatro Arriaga in Bilbao, Spain. He also debuted with the New Zealand Symphony as Wotan in five concert performances of Wagner's Das Rheingold - a role in which he won critical acclaim with the Arizona Opera Ring Cycle. This marks his debut with Vespertine Opera Theater.