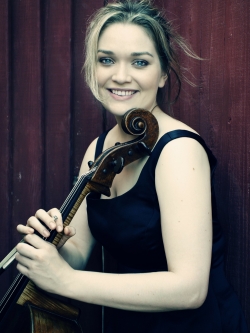 Sæunn Thorsteinsdóttir, cello, performs with the UW Symphony on Nov. 4.

David Alexander Rahbee conducts the University Symphony and faculty cellist Sæunn Thorsteinsdóttir in a program of works by Martinů, Shostakovich, and Brahms.