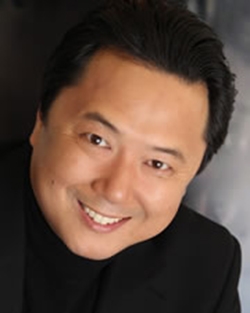 The School of Music and the UW Baltic Studies program co-present a lecture-recital of LIthuanian art songs performed by Fulbright scholar Dr. San-Ky Kim, Associate Professor of Voice at Texas Christian University. Dr. Kim has compiled an anthology of Lithuanian art songs for the English-speaking audience.  He is joined by co-editor and pianist Pianist Rokas Zubovas, Professor of Piano at the Vytautas Magnus University Academy of Music in Kaunas, Lithuania.

Dr. San-ky Kim, Associate Professor of Voice at Texas Christian University, with the assistance from Fulbright foundation, has compiled and edited an anthology of 24 Lithuanian art songs, with English translation and pronunciation guide.  The anthology also provides brief biographical information on each composer and poet, thus giving broad overview of flow in compositional approaches.  Further biographical information on Dr. Kim can be found by clicking here.

Pianist Rokas Zubovas, Professor of Piano at the Vytautas Magnus University Academy of Music in Kaunas, Lithuania edited the piano parts for the anthology. Professor Zubovas has previously thought at the Saint Xavier University in Chicago, Illinois, and Lithuanian Academy of Music and Theatre in Vilnius, Lithuania.  As a pianist, he has performed in most countries of Europe, as well as Argentina, Uruguay, United States and Canada. An expert of music and art of the famous Lithuanian artist Mikalojus Konstantinas Čiurlionis, Prof. Rokas Zubovas has recorded all piano works by the composer, wrote articles and lectured on his art in International conferences (Belgium, Argentina, Estonia, Lithuania), performed his music internationally.   Further information on Prof. Zubovas can be found by clicking here.

The lecture recital includes remarks by both editors of the Anthology on the historical, cultural, stylistic and other aspects of the Lithuanian Art Songs.  The performance part of the presentation will survey the works of such early composers as MK Čiurlionis and Gruodis, through the works of composers in diaspora, as well as the ones remaining in Lithuania during the Soviet era, to the living composers who bridged into the twenty-first century.