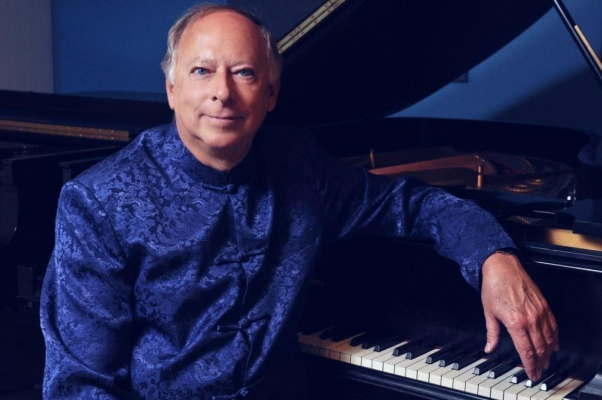 Barry Snyder, professor of piano at the Eastman School of Music, performs works by Frank Bridge, Alberto Ginastera, and others in his April 11 recital and leads a free master class with UW piano students on April 12.

Note: Barry Snyder also performs a free recital on Tuesday, April 11th at 7:30pm in Brechemin Auditorium. More info on this event can be found here.

Since then, Snyder has toured the world performing concerti, presenting solo collaborative recitals, and leading master classes. Snyder has performed with conductors such as Robert Shaw, Leopold Stokowski, David Zinman, Charles Dutoit, Sixten Ehrling and Arthur Fiedler. A well-known collaborator, Snyder has appeared with artists such as Hermann Prey, Jan DeGaetani, Zvi Zeitlin, Ani Kavafian, Sylvia Rosenberg, Bonita Boyd, Steven Doane and the Chilingarian and Cleveland Quartets. Many of these collaborations can be heard in Snyder’s substantial discography of over forty recordings.

Held in high esteem by the professional community, Snyder is a widely sought-after teacher. Since 1970, Snyder has been Professor of Piano at the Eastman School of Music in Rochester, New York, and he is listed in the publication The Most Wanted Piano Teachers and has given master classes in the United States, Europe and Asia. As a juror, Snyder has chaired the jury for the World International Piano Competition in Cincinnati and was a member of the jury for the Glasgow Young Artists Competition.

Snyder is committed to performing 20th and 21st century repertoire, and has given world premieres of works by such composers as Syndey Hodkinson, Toshio Hosakawa and Augusta Read Thomas. Many compositions, such as those by Carter Pann and Verne Reynolds, have been written specifically for him.