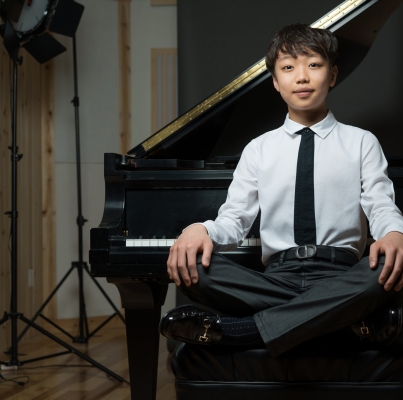 Promising young pianists from around the country are featured in this quarterly series hosted by the UW Keyboard Program.

Seattle-area pianist Nathan Lee  began playing the piano at age six and made his orchestral debut at the age of nine. He studies with Dr. Sasha Starcevich. Recent engagements include a performance with the Buffalo Philharmonic Orchestra on NPR’s From the Top, an appearance on Radio France with Jean-Yves Thibaudet, and an upcoming performance with the Seattle Symphony. In his October 8 recital, he performs music by Bach, Kapustin, and others.

Future engagements include Nathan’s New York and Washington DC debuts on the Young Concert Artists Series, performance with the Buffalo Philharmonic Orchestra on NPR’s From the Top in March 2017, an appearance on Radio France with Jean-Yves Thibaudet in April, 2017, and a performance with the Seattle Symphony performing Prokofiev’s Piano Concerto No. 1 in January, 2018. This summer, he is a Piano Student-in-Residence at the 2017 Verbier Festival Academy.

Nathan has performed with the Cleveland Orchestra, the Minnesota Orchestra, the Coer d’Alene Symphony, and the Ashdod Symphony Orchestra, and has worked with conductors Jahja Ling, Pablo Rus Broseta, Uri Segal, and Mark Russel Smith. He also shared the stage with Jean-Yves Thibaudet and Lang Lang at the Seattle Symphony Galas, raising funds for their music education program. Nathan has given recitals in Korea and the U.S. and has performed in Perugia, Italy with pianists Ilana Vered and Sasha Starcevich in a “Three Generations Concerts” to sold-out audiences. As a Seattle Symphony Young Artist, Nathan performed with Ludovic Morlot and the Orchestra in 2012 and 2016.

Nathan, who lives just outside Seattle, Washington, began playing the piano at age 6 and made his orchestral debut at the age of nine. He studies with Dr. Sasha Starcevich.