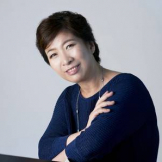 Ja Kyung Oh was born in Seoul, South Korea in 1960. She graduated from Hanyang University in Seoul, earned her Masters degree from the Catholic University of America in Washington D.C. and her Doctorate from the University of Michigan in Ann Arbor. In 1991 she began her career as a professor in the Church Music Department of the Korea Baptist Theological Seminary in Daejon. She later joined the faculty of Korea National University of Arts in 2000. Overseeing the installation of a historic organ by GOArt of Sweden at her University was one of her finest efforts. The CD of her performance on this organ has been released through Loft Recording in the U.S. She has been invited to perform in several countries including the United States, Germany, Great Britain, Italy, Japan, the Czech Republic and Denmark.

Her various activities prove that she is the major driving force in early music fields in Korea. She founded the Early Music Society of Korea in 2002 and acted as its first president for three years. As the director of the Early Music Institute at the Korea National University of Arts she has presided over the K’Arts Bach Week since 2009. Her series of recitals ’Ja-Kyung Oh plays Bach’ with specific topics during Bach Week have been warmly received.

In 2007 she received the Fulbright Scholarship as a visiting scholar at the Yale Institute of Sacred Music. During her stay at Yale, she played a solo recital at the inauguration of the new Taylor & Boody organ in Marquand Chapel. She was invited to judge the Musashino International Organ Competition in 2008 as well as the Arp Schnitger Organ Competition in 2010, 2012 and 2014. During the latter competition, which is part of the Bremen Music Festival, she was invited to play concerts on the historic organs in Grasberg, Hollern and Stade. In 2015 she joined as a judge at the St. Albans Organ Competition in the UK as well as one of the 14 international organists for the performance of complete organ works by J. S. Bach at Izumi Hall in Osaka. Her activities in 2016 include recitals in Wheaton College, Chicago, Salzburg Dom in Austria. The first Denmark International Organ Competition recently invited her as a jury member.