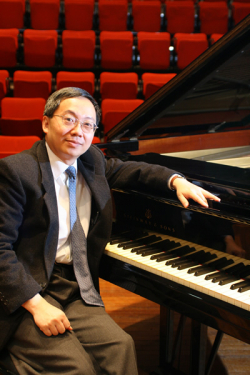 Gabriel Kwok, head of keyboard at the Hong Kong Academy of Music, leads a master class with UW piano students.

In 2014, Professor Kwok was awarded Medal of Honour from the Hong Kong Government for his contribution to piano education in Hong Kong.