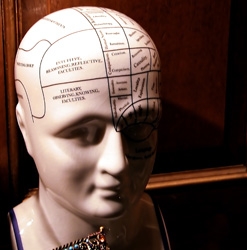 "Where words fail, music speaks," wrote Danish author Hans Christian Andersen. But researchers are learning that music may also encourage speech in patients suffering the debilitating effects of strokes and other neurological conditions.

Some of the world's leading experts in the fields of music cognition and perception will share these and other recent research findings on the University of Washington campus August 23-27 when faculty from Music, Psychology, and Speech and Hearing welcome scholars from around the world to the 11th International Conference for Music Perception and Cognition (ICMPC).

Highlights include a keynote address by Dr. Gottfried Schlaug, associate professor of neurology at Beth Israel Deaconess Hospital in Boston, where doctors are successfully using singing to help restore speech to stroke patients. Dr. Schlaug's research involves the neurobiology of music perception and uses music as a tool to foster a deeper understanding of the workings of the brain.

A second keynote address by Petri Toivianinen, who heads the Finnish Centre of Excellence in Interdisciplinary Music Research in Jyvaskyla, Finland, addresses the role of movement in the processing of musical information.

"We are just beginning to understand the immense potential of music to enhance lives, improve health and increase our understanding of the human brain," says Music Education Professor Steven M. Demorest, conference organizer. "While ICMPC has been meeting since 1989, there has been an explosion of research in this area in the last decade or so. Even with this increasing activity, the study of music perception and cognition is a relatively new field compared to research in areas such as language or visual perception. There are new findings all the time regarding how music shapes the developing brain and how musical thought and behavior relate to cognition in other domains."

The conference, which will include more than 400 presentations on topics encompassing the disciplines of psychology, neuroscience, music theory, music education and a variety of other areas, will raise--and hopefully answer--some of the following questions:

University of Washington participants include Steven Demorest, Patricia Campbell, and Steven Morrison of the division of Music Education; Ellen Covey of the Department of Psychology; and Lynne Werner of the Department of Speech and Hearing as well as graduate students from across campus.

SYM23: Neo-hedonism and the Plural Pleasures of Music. Huron

For more information, visit the conference website at: http://depts.washington.edu/icmpc11/.