Gage Averill next up on Performing Ethnomusicology Series 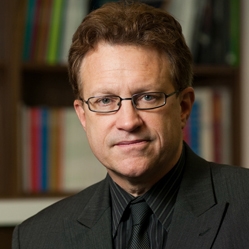 A February 11 lecture and performance by Gage Averill, dean of arts at the University of British Columbia, is the next event in the School's Performing Ethnomusicology Series, running through Winter Quarter 2011.

The series of lectures, seminars, concerts and workshops organized by the school's Ethnomusicology division focuses on musical traditions from around the world and is bringing to the University of Washington campus leading scholars and performers in those genres.

Averill's research focuses on the ideological context of music production with special attention to the role that music and expressive culture play in social transformation. A world-renowned Haitian scholar, Averill is in the running for a 2010 Grammy Award for his project Alan Lomax in Haiti: Recordings For The Library of Congress, 1936-1937.

Other guests to be featured in the series include Turkish Ud player Munir Beken and Senagalese percussionist Thione Diop. In addition, scholars from the University of California, University of British Columbia, and the Universidad Nacional Autonoma de Mexico will present an array of seminars, workshops, and lectures, all of which are free and open to the public.

All remaining events in the series are free and open to the public.