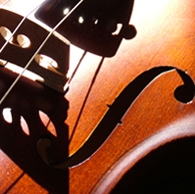 School of Music composition students will receive special attention at Benaroya Hall this month when the Seattle Symphony Orchestra devotes its January 31 rehearsal to readings of works by UW student composers.

“We are all truly honored that Maestro Morlot invited School of Music composition students to submit works for performance by the Seattle Symphony,” says School of Music Director Richard Karpen, also a professor of Composition at the School. “This is a first in the long relationship between the two organizations.”

Kolat, a native of Ankara, Turkey, received his MM degree from the University of Memphis Rudi E. Scheidt School of Music, and his BA and MA at Hacettepe University State Conservatory in Turkey. His music has received several awards, including the First Prize in the Nejat F. Eczacibasi Composition Contest, the most prestigious composition award of his native country. His works have been performed by various groups and artists, including the Argento New Music Project of Columbia University, Peter Sheppard-Skaerved and Aaron Shorr of the Royal Academy of Music, the Athelas Ensemble of Denmark, and the Presidential Symphony Orchestra of Turkey.

Archibald-Seiffer received his bachelor's degree in music from Stanford University, graduating with Music Department Honors and with “University Distinction” - the highest recognition Stanford offers. He was also the recipient of the Carolyn Applebaum Memorial Award for outstanding contributions to the Department of Music and Stanford’s Robert Golden Medal for achievement in the creative and performing arts.  Among his many compositions, he co-wrote with Woody Paul the song “A Perfect Roar,” which appears on the Grammy award-winning album Monsters, Inc. Scream Factory Favorites.