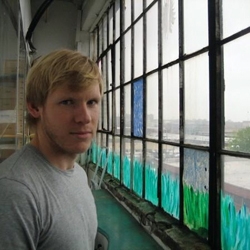 Students from the University of Washington Jazz Studies program build on the success of a dynamic and ever-expanding creative endeavor in early May when the Improvised Music Project presents IMPfest IV.

The annual festival, which pairs local up-and-coming avant-garde music visionaries with some of the world’s top performers in a series of spring concerts, has experienced dramatic growth in its short history, and has played an important role in igniting Seattle’s expanding new music scene. Past festival highlights include appearances by renowned artists Bill Frisell, Andrew D’Angelo, Tim Berne, and the Cuong Vu Quartet.

Running May 4 and May 10 through 12 at the UW’s Glenn Hughes Penthouse Theatre, the festival will feature performances by pioneering saxophonist and jazz educator George Garzone; trumpeter and composer Ralph Alessi (also on the faculty of New York University and founder of the Booklyn-based School of Improvisational Music); and School of Music faculty artists Richard Karpen and Cuong Vu.

In addition, a collaboration with the School of Music on May 11 features New York-based drummer Ted Poor joining Percussion and Jazz Studies Chair Tom Collier and bassist Dan Dean in the final installment of this year’s Mallethead Series. The trio will be joined onstage by Jazz Studies students and by opening group Operation ID, whose five members have strong ties to the Jazz Studies program.

The IMP and IMPfest are organized and run entirely by students from the UW Jazz Studies Program. In late 2011, many of those same students were involved in the launch of Table and Chairs, a new Seattle-based record label that serves as an anchor for the same music community that the IMP has helped to develop. In an effort to foster the growth of forward-thinking musicians, IMP students curate monthly showcases at Café Solstice in the University District as well as participate in a weekly jam session called The Racer Sessions at Café Racer, a hub for avant-garde music in the University District.

A complete festival schedule and more details are available here.