UW students to perform in concert dedicated to Roscoe Mitchell 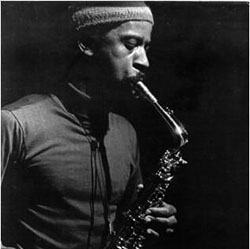 The performance, which gets under way at 8 pm at the Nordstrom Recital Hall at Benaroya Hall, will feature a rare, extended solo saxophone performance by the composer himself, as well as several different arrangements of “Nonaah” spanning the length of Mitchell’s career.

A pre-concert talk with Mitchell, consisting of an interview about his career and the evolution of his renowned piece, and a question-and-answer session with the audience, leads off the evening, starting at 7:15 p.m.

Born in 1940, Roscoe Mitchell, now a famed saxophonist and composer,  began playing the saxophone at a young age and was drawn to exploratory and improvised music early on. Roscoe Mitchell is a musician with the rare ability to move comfortably within the realm of contemporary classical music while still creating free, non-tonal improvisations that are spontaneous and emotionally charged.

A founding member of the AACM, which began in 1965, Mitchell helped to expand the creative music scene in Chicago. The AACM held concerts, clinics, and organized a music education program for inner-city youth, which helped to inspire music in many young Chicagoans.

Mitchell says, “We were interested in controlling our own destinies, because we'd read the books and seen what happened to people who were out there on their own… [We wanted] to reassess the situation and try to band together, so that we could create self-employment for ourselves, sponsor each other in concerts of our own original music, maintain a training program for young, inspired musicians. These are the kinds of things that have kept us going throughout the years.”

Soon after the AACM was started, Mitchell formed the Art Ensemble of Chicago in 1967, which stayed together for nearly forty years. Their music stretched the boundaries of jazz and set a new standard for jazz and experimental music, particularly in the 1980s and 90s.

“Nonaah” at its first glimmer was just a melodic line in a piece by the Art Ensemble of Chicago that appeared on the group’s 1973 album, Fanfare for the Warriors. Soon after, Mitchell developed “Nonaah” further and recorded it as a full piece for solo saxophone.

In 1976, Mitchell gave one of the most notable performances of “Nonaah” in history. When Anthony Braxton was unable to play at a festival in Willislau, Switzerland, Mitchell was called to fill in. At first, the crowd booed and fought the music. He said, “It was a battle...The music couldn’t move till they respected me, until they realized that I wasn’t going anywhere, and if someone was going it would have to be them.” The audience soon began to understand and welcome the music. His performance ended with an encore.

The next arrangement for alto saxophone quartet was recorded in 1977 and released by Nessa Records later that year on Mitchell’s album, Nonaah. This was a big step for developing the identity of the piece; it was the first album dedicated to “Nonaah,” with three of its nine tracks representing different versions of the piece.

From there, Mitchell continued to work on the composition, expanding it for newer and more complex orchestrations. A cello quartet arrangement emerged in 1979; in 1985 came “Nonaah” for flute, bassoon, and piano; and in 2010, the American Composers Orchestra premiered “Nonaah” for chamber orchestra. Roscoe Mitchell performing “Nonaah” at Benaroya Hall will add to this legacy, as will the debut of an arrangement of “Nonaah” that Mitchell has created for the New Music ensemble, Lawson, a mixed-instrument ensemble equally immersed in the worlds of improvised and composed music.

Founded in 2011, Table & Chairs is an independent record label based in Seattle, Washington, collectively run by a dedicated group of active musicians and artists.  Its purpose is to represent and unite artists and listeners who actively contribute to a musically forward-thinking community, wholly devoted to the advancement of New Music.  In addition to promoting and releasing music, Table & Chairs produces concerts and organizes educational outreach programs.

Additionally, in conjunction with the local nonprofit organization Seattle JazzED, Table & Chairs hosts showcases and presents clinics on improvisation and jazz for middle school and high school students throughout Seattle.