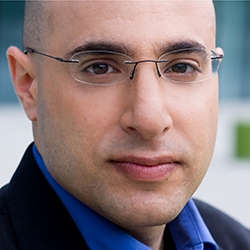 That new face on the conductor’s podium belongs to David Alexander Rahbee, director of orchestral activities at the School of Music for the 2013-14 season.

At the UW, he will conduct the University Symphony as well as work closely with Seattle Symphony Music Director Ludovic Morlot, appointed recently to oversee the UW’s orchestral conducting program.

“We are pleased to welcome David Alexander Rahbee as our director of orchestral activities,” says School of Music Director Richard Karpen. “He is a talented young conductor, and his collaborative approach will benefit our students geatly.”