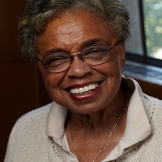 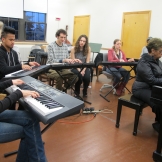 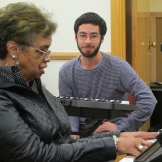 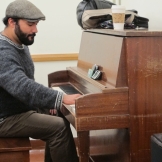 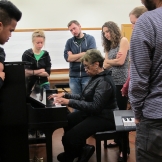 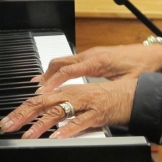 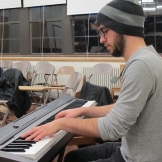 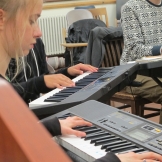 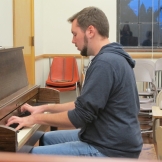 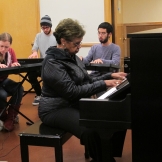 The UW’s Ethnomusicology Winter Quarter Visiting Artist is a musician and scholar very familiar to members of the UW School of Music community. Phyllis Byrdwell, who leads classes in Gospel Piano this quarter at the School of Music, has developed her skill and expertise in the genre through a lifetime of practice and devotion.

The longtime (and founding) director of the UW Gospel Choir, which over the course of the past two decades has drawn thousands of students from throughout the UW community to sing music from the Gospel tradition in several yearly performances both on and off the university campus, Byrdwell has been making music in church (and elsewhere) since she was a young girl.

A UW alumna who earned a bachelor degree in music and bachelor’s and master’s degrees in music education from the School of Music, Byrdwell began playing piano at age three, was enrolled in lessons at age 6 and by the time she was a teenager, was playing piano at her church, an activity she continues today as Music Minister at Seattle’s Mount Zion Baptist Church, where she and her husband, Frank, have served the music ministry for nearly fifty years.

Recently retired from a 30-year teaching career at Lakeside School, Byrdwell has conducted several seminar workshops on Gospel music throughout Washington state and nationally and served as a songleader for the Baptist World Alliance conference in Birmingham, England in 2005.

On a recent Wednesday night at the School of Music, Byrdwell led a dozen music students in the Gospel Piano class through a handful of songs, including “I Just Want to Praise You,” “Oh, Happy Day,” and “Worship the Lord,” modeling keyboard technique and rhythm through her own playing and handclapping. In addition to the Wednesday evening group class, each student takes a weekly private lesson with Byrdwell for further guidance.

Byrdwell and the students present a final concert on Tuesday, March 8 at Brechemin Auditorium.

“Having Phyllis Byrdwell on faculty is a win-win situation for the School of Music, for her expert choral work as well as for her astounding piano technique,” says Patricia Campbell, head of the UW’s Ethnomusicology program. “Phyllis is a musical giant in her ministerial work at Seattle’s Mt. Zion Baptist Church, even as she is so highly regarded for her expertise on gospel style.  She plays with power and yet also almost effortlessly, and she skillfully models the vocal nuances of gospel song for her students to listen to and learn.  She’s a master of gospel music, and it’s our privilege to have her as a colleague.”

Byrdwell’s skill as a choral director may be seen in her direction of the UW Gospel Choir, a 100-voice ensemble of singers of varying levels of experience, which presents its end-of-the-quarter performance Sunday March 7, 7:30 p.m., at Mount Zion Baptist Church, 1634 19th Ave, Seattle. The group’s next UW campus performance is Monday, May 23, 7:30 p.m., at Meany Theater.