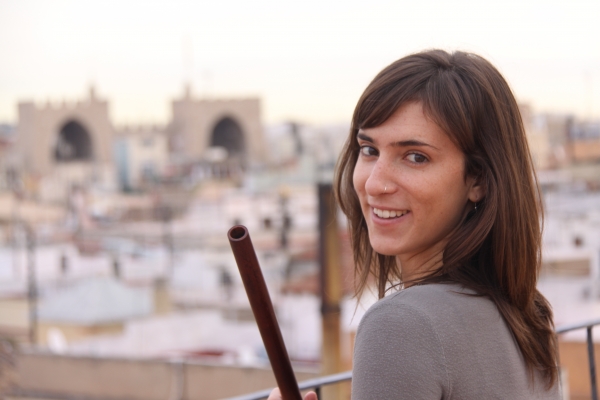 University of Washington DMA flute student Gemma Goday won two competitions recently sponsored by the National Flute Association, winning performance spots at the organization’s annual convention in August 2017 in Minneapolis. Her travels to Minneapolis for the convention will be supported through a scholarship award from UW Music granted in recognition of her accomplishments.

“It is a special honor to be recognized for one competition,” says UW flute professor Donna Shin, Gemma’s primary teacher at the UW, “but winning in two categories is quite unheard of. Unlike some of the other age or educational-restricted categories, both of her winning categories were open to professional flutists of all ages and levels. It is also interesting to note that her winning categories are in Baroque and modern flute performance, opposite ends of the performance spectrum.”

Goday displays both interests at the School of Music, where she has been involved this year on performances by the UW Baroque and Modern Music Ensembles as well as several concerts and events featuring music from across the ages. She appears with the UW Baroque Ensemble on May 23, 7:30 pm, Brechemin Auditorium, performing the Flute Concerto in D Minor by CPE Bach.