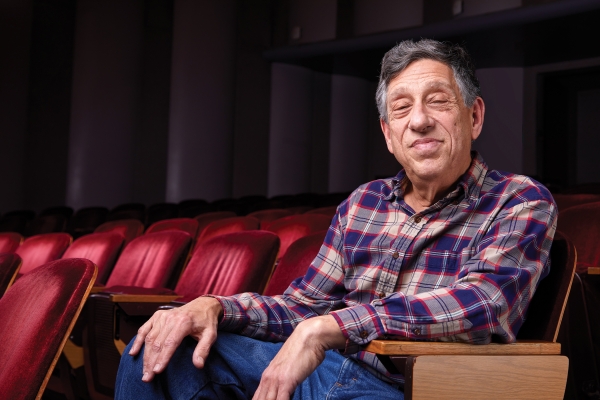 The UW’s beloved Music History professor Larry Starr retired in June 2018 after 41 years on the School of Music faculty. Professor Starr returned to the Music Building during fall quarter to teach a seminar on Igor Stravinsky and a seminar on Stephen Sondheim. His answers to our 20 questions have been condensed slightly for length, but not for clarity. The clarity is all his own.

1. What are some of your most memorable projects or achievements from your time here?

There are a lot of them. Starting a dance lab in my popular music courses. Inaugurating new courses particularly in areas like music criticism; the course “Finding an American Voice,” which introduced poetry and painting into music courses; and new seminar topics, like Gershwin and Sondheim to mention two. And Bob Dylan to mention three.

2. How do you hope to be remembered?

As someone who loved what he was doing and who thought that students were the most important part of education.

An astronomer. I was born with the right name. As a kid I loved backyard stargazing, learning the constellations, and so forth. And I’m regularly frustrated by Seattle’s nighttime weather in pursuing that. Not to mention the light pollution.

4. Is there anything you miss about being a full-time music professor at the School of Music?

The daily interactions with the students—the continuity of that.

Faculty meetings. The ability to honestly and publicly disagree is a lost art in academia. I’ll put it that way.

6. A School of Music colleague once did or said something that you will never forget. What was it?

(Affiliate faculty member) Elena Dubinets of the Seattle Symphony had actually introduced me to the recordings of pianist Martha Argerich, who is an amazing, amazing pianist. When I tore my tendon and was coming back to a meeting shortly after having had that accident, Elena said, “I have a present for you,” and she gave me a box which consisted of all 48 CDs Martha Argerich had recorded for Deutsche Grammophon. It was an extraordinary present. 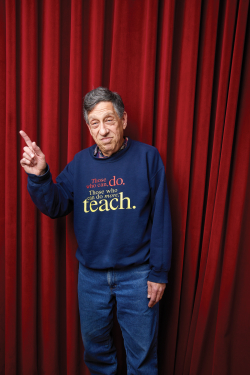 7. Do you have a story that is safe to share now that the statute of limitations has run out?

That at the concluding classes of the music core sequence (Music History 212) I finally realized my secret ambition to be a rock and roll singer.

8. What do you most enjoy now that you are retired?

Making my own schedule completely. I see it especially after being retired for two months and now coming back to teach.

9. What creative projects are you engaged in now that you have more time for your research?

A major project currently is a book about Bob Dylan as a musician. I have several other book projects in mind. One is a book that would be called “Radical Music, Radical Listening,” that would have to do with taking really familiar classical warhorses and making people realize

what mad and wonderful pieces they really are. Beethoven’s Fifth Symphony, for example. It’s a very bizarre piece. We get used to these things and the thrill of them gets removed by familiarity, but if we kind of take ourselves back and put on say, 1807 ears for Beethoven’s Fifth Symphony, we begin to realize what he probably had in mind when he was writing it. It's startling, and we have to restore that. This book would be an effort to take about 12 well-known pieces and bring back their radical nature.

10.
What is something you would change if you could go back and do it over?

I would be less tolerant of mediocrity. I wish I had been more comfortable with confronting people whom I knew could do better. Something I can't change, but wish I could, is the fact that there was insufficient support recently for launching what could have been a truly groundbreaking program in American Music Studies. I can only hope that, in the future, the School of Music might yet find its way to establishing such a program.

11. What is something you wouldn’t change?

My insistence that I always re-think my classes, even if I’m teaching the course with the same name and number for the tenth time. That’s the way you stay alive as a teacher.

12. Which composer or artist do you most admire?

There are a number, okay? I’ve been enamored, since being a mid-teenager, of the music of Debussy. And I would call him my Desert Island Composer. Among other reasons, his music would go so well with a desert island. Charles Ives has been an inspiration and a very important role model in terms of open-mindedness, and the idea that the way you most respect tradition, in arts, and philosophy and everything, is by keeping the most open and flexible mind possible, not by resisting the new.

13. What is something people misunderstand about you?

That my tastes in music could well be called conservative. My favorite concert music comes from the first half of the 20th century, by and large, and that is old music. My favorite popular music is music that I grew up with, which now is old music. I find a lot of truly contemporary music demanding, and sometimes difficult. But I support it wholeheartedly, and I support the gifted young people who are creating and performing it, because I feel that’s the only way art moves forward, but it’s not necessarily my favorite music. The idea that including popular music and jazz, and emphasizing the music of the 20th century, is somehow radical in the context of a music school curriculum, is an absurdity that I’ve tried to fight throughout my career.

14. Describe one of your greatest challenges as a teacher: 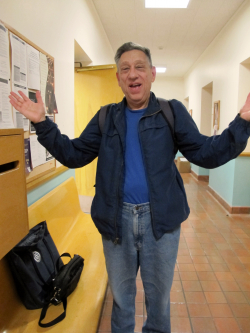 One of the great challenges in teaching our musical traditions whether it’s Western art music or jazz or musical theater or popular music is that at least since the Romantic period, our tradition has been that of radicalism. Artists are always pushing the envelope, and we most respect those who were the rule-breakers, who were the challengers. How do you teach that as a tradition? It’s a tremendous challenge. What it means is, you have to model for your students by encouraging them to always be flexible and open minded, and respectful of the past—but not in an obsequious, unthinking way. Don’t merely be the one millionth person to play the Tchaikovsky Piano Concerto Number One. If you are playing it, have something individual to say and know why you are saying it. College is the time to move out of the idea of “I’m playing because my teacher assigned it.” Not good enough. And it shouldn’t be good enough for your teacher, either.

15. What are you reading right now?

Too many books on Bob Dylan, and The Life of Debussy, and looking for the chance to get back to all the great books I never read.

16. What music has your attention right now?

Lots of Dylan. Lots of Stravinsky because I’m teaching a course on Stravinsky right now, so I’m renewing my acquaintance with works of his that I was previously familiar with and getting to know some that I don’t know very well.

17. Beatles or Stones and why?

Beatles. But in the beginning, I didn’t like either of them because they were chasing American soul music off the radio. Very simply, I don’t care for Mick Jagger as a singer. I think the songs are better than his singing of them. Another reason I’m a Beatles fan: They knew when to quit. I'm trying to model that.

18. What career wisdom would you pass on to a new professor?

Apart from subject matter the teacher is a model. It’s not enough to encourage students to be adventurous and open-minded; you have to demonstrate that yourself all the time. Otherwise it’s like the version of the parents who say, “Do as I say, not as I do.” By the way, that makes teaching very scary in certain ways because you are modeling all the time, and if it’s very clear over a period of time to your students that you would rather be somewhere else when you are in the classroom, then you are in the wrong place at the wrong time. And you are in the wrong career.

19. Best thing a student ever said about you:

One of my graduate students from long ago, Denise Von Glahn, who has gone on to a very, very highly regarded career as an Americanist scholar, acknowledged me in the introduction to one of her books. She wrote: Larry Starr asks questions that nobody else thinks of. In certain ways, I will always be his student. I have never received a higher compliment.

To quote the late, great James Brown: “Get up offa that thing. Dance and you’ll feel better!”