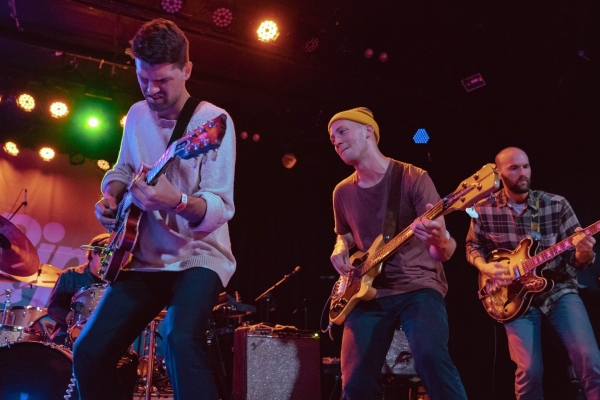 Even Tom Eddy was a little skeptical. While his band The Dip was methodically planning the rollout for the pop-tumbled R&B/soul troupe’s first album in four years, their booking agent suggested putting a hold for a second night at Neumos. You know, just in case they could fill the club twice.

“We’re like ‘OK. Sure buddy, whatever,’ ” says Eddy, relaxing in the band’s Central District studio.

Turns out the local septet had no trouble selling out both hometown shows, welcoming their sophomore album, “The Dip Delivers,” into the world with a weekend blowout (8 p.m. Friday-Saturday, Feb. 15-16, 2019) at the Capitol Hill venue. It may have caught Eddy by surprise, but likely not anyone who saw their well-received set at the Capitol Hill Block Party last year — where Hill rats and young suburbanites alike basked in their steamy grooves under the sun.

Unlike the quick ascent of Eddy’s other band, Beat Connection — which also features Dip mates Jarred Katz (drums) and Mark Hunter (bass) — The Dip’s rise has been slow and steady over the past six years. Born out of the University of Washington jazz program, some of the guys initially connected to do something more accessible than their outré jazz pursuits, and the band came up playing brass-blasting house parties. While you hardly need a music degree to enjoy their amiable tunes, some of the members’ improvisational proclivities surface during their live sets, as on smoldering newbie “Spiderweb.” (...)

Continued at The Seattle Times