The Strad: New String Quartet incorporating brain waves to be premiered by the JACK Quartet 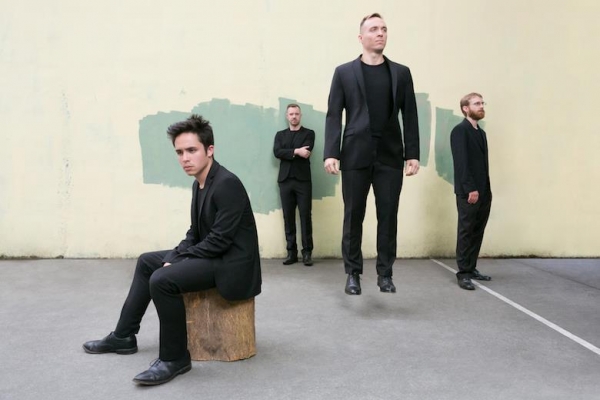 During the performance the members of the quartet will be outfitted with sensors that can detect brain activity occurring while listening, seeing, and performing -  information which will then be transformed into a new kind of music of the brain.

Concluding their extended 3-year residency at the University of Washington, the JACK Quartet is to premiere a new piece that uses their brain waves to generate music. The performance will take place at the Meany Hall – Katharyn Alvord Gerlich Theater in Seattle on Saturday, 18 May.

During the performance the members of the quartet will be outfitted with sensors that can detect brain activity occurring while listening, seeing, and performing -  information which will then be transformed into a new kind of music of the brain.

The form of the piece is pre-set and the responses of the instruments are pre-considered, with some improvisation and reaction in between, resulting in what sounds sometimes like music, sometimes speech, and sometimes noise.

This concert concludes JACK’s collaboration with composers Richard Karpen and Juan Pampin, several neuroscientists, and a team of research staff from DXARTS and Music, exploring the link between neurology and music-making.

The aim of their collaboration was to help develop technology that allows those who have lost the ability to make music with one part of the brain to train themselves to make music using other parts and processes of their brain.

The technology in question is the encephalophone, an instrument you can play simply by thinking, and which builds on brain-computer interfaces, developed since the ’70’s,  that allow people to move screen cursors or robot arms with brain signals alone.

It could be used as a therapeutic tool for people who have suffered from strokes or neurological problems, and can’t use their limbs to make music anymore.

Originally published by The Strad on March 26, 2019

Two special events in Spring Quarter highlight ongoing research by UW composers, research associates, and neuroscientists. On April 19, quadriplegic artists improvise with professional musicians using only their brain waves, in a collaboration between DXARTS Art+Brain Lab and Swedish Neuroscience Institute.  On May 18, the School of Music and DXARTS present Human Subjects, in which New York chamber group the JACK Quartet performs a new string quartet incorporating brain waves, the culmination of their three-year residency supported by the UW Creative Fellowships Initiative.