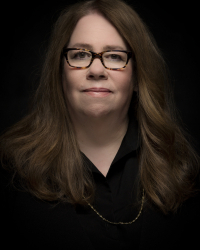 Professor JoAnn Taricani has been named the next director of the University of Washington School of Music. A longtime faculty member in the Music History program at the university, she succeeds Richard Karpen as director in a five-year appointment taking effect July 1, 2020.

UW College of Arts and Sciences Dean Robert Stacey and Divisional Dean of the Arts Catherine Cole announced the selection following an internal search process that sought input from the School of Music community.

"In our discussions with JoAnn we reviewed the important issues facing the school both now and in the future,” the deans wrote to faculty and staff in a letter announcing her appointment. "We are confident JoAnn will provide excellent leadership and invite you to join us in supporting her efforts.”

University of Washington President Ana Mari Cauce echoed the deans' confidence in the selection. "JoAnn combines a wealth of leadership experience with deep knowledge and understanding of the School of Music,” she said, "making her the ideal candidate to lead the school’s faculty, staff and students in the vital work of advancing excellence in music scholarship and performance.”

Along with her research and performance activities for many years on the School of Music faculty, Professor Taricani’s service to the UW has included her ongoing work in a variety of university-level issues, including budget committees, facilities planning, and membership on the board of directors at UW Medicine. She has lobbied for all University of Washington faculty at the state Legislature, elected by the Faculty Senate as the faculty legislative representative for numerous legislative sessions. She has also served as the special counsel to the President of the University of Michigan, working on national issues of higher education, including the 2003 U.S. Supreme Court case on affirmative action in admissions.

At the School of Music, Professor Taricani produces early music performances through the student Collegium Musicum and in recordings with professional musicians. Her edition of the theatre music of the novelist Henry Fielding was issued in several volumes by Oxford University Press between 2004-2013, part of UW English Professor Tom Lockwood’s comprehensive edition of his plays. In early music, her scholarship has been recognized internationally, including collaboration with the Folger Shakespeare Library on a Baroque opera premiere. She was presented with the 2017 Noah Greenberg Award, the top award offered by the American Musicological Society for distinction in historical performance, for her discoveries in Restoration British music.

Her students have established careers around the world and at major universities, displaying the rich legacy of creativity generated by the School of Music over several decades. “My colleagues and my current and past students never fail to inspire me with their talent and imagination,” she noted. “I value their enthusiasm more than ever in this unprecedented Spring of 2020.”

“JoAnn has been a wonderful colleague for many years, and we have been working closely to make this leadership transition a very smooth one,” said Richard Karpen, a professor in the UW Composition program who has served as School of Music director since 2009. “In a time of significant and unforeseen challenges, I am especially grateful to be leaving the School in such good hands.”