A reimagined “Concert Season” for a new era 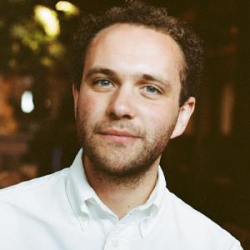 Music history lecturer Mark Rodgers has reimagined the course Music 185, The Concert Season, with an array of virtual performances.

The year 2020 has been extraordinarily difficult for musical performance organizations, with many performances canceled and musicians unable to provide the performances they had planned heading into the 2020-21 concert season. This pause has led to new ways to present musical events, and in Autumn 2020, the UW School of Music showcases Seattle musical events by featuring digital performances of music from the Baroque to the present day in its course “The Concert Season,” MUSIC 185.

Mark Rodgers, a lecturer in music history, has re-envisioned this online course, which normally would focus on live musical events at the UW campus. Instead, he has compiled an array of Seattle musicians and performances, including Baroque songs by Barbara Strozzi, one of the most famous female Baroque composers, Haydn symphonies, music of George Walker (the first Black composer to win the Pulitzer Prize in music), opera, and contemporary music improvised by new music specialists Bonnie Whiting (percussion) and Cristina Valdés (piano), both on the UW School of Music faculty.

“I am delighted that the School of Music will be able to introduce so many undergraduates to the varied Seattle concert season, even though that concert season is so different than had been planned,” said School of Music Director JoAnn Taricani.  “We want musicians and public performance to return stronger than ever, and we need to keep music as visible as possible in this unprecedented year. As we begin to access our own instruments again, we will move on to the richness of UW musical cultures such as our gamelan and steel drum ensemble.”