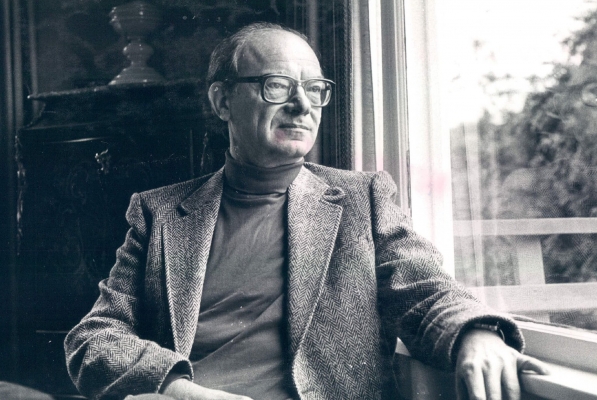 A Northwest music legend of international renown, Bela Siki died Thursday, at  97, after a lifetime of excellence on the concert stage and in the classroom. The University of Washington emeritus faculty pianist was famous for his elegance and taste — and also for the wry humor and pointed observations that shaped the generations of players who followed in his footsteps.

Among them: UW School of Music faculty pianist and former director Robin McCabe, who called him “a master of the art of suggestion. I count myself extremely fortunate to have had his mentorship. Mr. Siki, the man and his music, truly made the world a better place.”

Born in Hungary on Feb. 21, 1923, Siki made his recital debut at 16. A student of the eminent Ernst von Dohnanyi and Dinu Lipatti, Siki won the prestigious Geneva International Music Competition, the coup that launched his international musical career. His tours spanned Europe, Australia, South America and South Africa. The world’s top orchestras, from London and Amsterdam, to Geneva and Tokyo, invited him as soloist. Siki’s recordings were issued by five prominent labels.

Siki was frequently invited to be a member of juries at such top international contests as the Leeds Competition. At the request of Schirmer Books, he wrote “Piano Repertoire: A Guide to Interpretation and Performance” (published in 1981).

In 1965, Siki joined the piano faculty at the University of Washington, becoming an important part of the Seattle music scene — so important that his 1980 departure to Cincinnati made front-page headlines in this newspaper. In 1985, he returned to the UW until his retirement in 1993, when his farewell concert was heralded with an intermission tribute by then-UW president William P. Gerberding, and met with a standing ovation whose length and warmth proved the extent of the affection with which Siki was held in the Seattle music community.

Siki is survived by his wife of 68 years, Yolande; his son, Francois (and wife Melissa) of Seattle; daughter Muriel Gabus (and son-in-law Christian), who lives in Switzerland; four grandchildren; and three great-grandchildren. A memorial event will be planned later.

This obituary by School of Music alumna Melinda Bargreen is from the OCTOBER 30, 2020 ISSUE OF THE SEATTLE TIMES.