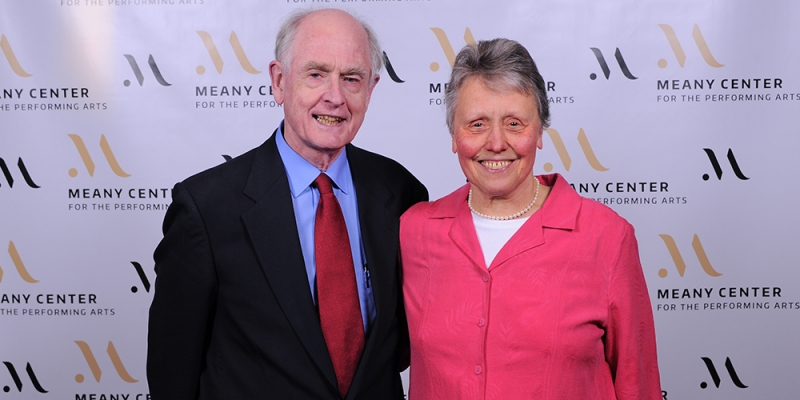 Steve and Sylvia Burges have a lot in common: they both enjoy spending time outdoors, they are passionate about the environment, and they love chamber music.

The couple, who celebrated their fiftieth wedding anniversary this year, transplanted to Seattle from California just after they married, when Steve became a professor of Civil Engineering at the University of Washington. Shortly thereafter, Sylvia began working toward the first of two master’s degrees that she would receive from the UW, solidifying Seattle as the couple’s new home.

The students in the Baroque Ensemble, a group of 16 students who study and present music exclusively from the Baroque era, are challenged to perform these pieces with modern stringed instruments, which differ from Baroque-era instruments in small but critical ways.

“Having baroque instruments gives the students of the Baroque Ensemble a first-hand experience of the subtle and not-so-subtle differences between modern and baroque instruments,” says ensemble director Tekla Cunningham. "To experience first-hand the difference in feeling and sound between a baroque and a modern cello and viola gives students a new lived experience that helps so much in learning about and becoming skilled in stylish baroque string playing."

With the addition of the Baroque instruments generously donated by Steve and Sylvia, the students of the Baroque Ensemble are able to perform era-specific music while also keeping the historical integrity and accuracy of the sound.

“The recent acquisition of a baroque cello and a barque viola has been a tremendous boon for the students of the UW School of Music,” Cunningham says. "This kind of transformative gift provides the kind of experience that makes the UW School of Music such an attractive place to discover and explore new musical interests. I am so grateful to Steve and Sylvia Burges for their leadership and generosity!”

School of Music Director JoAnn Taricani expressed appreciation for the couple’s generosity. "Having access to replicas of the instruments used for the music of Baroque composers makes such a difference to our performers,” she said. "This gift of Steve and Sylvia Burges provides both our students and our audiences with an opportunity to hear timbres that would have been more familiar to the composers of this music."

Support the Friends of Music Fund