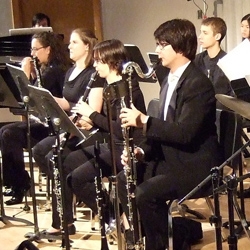 Members of the UW Wind Ensemble perform works by prize-winning composers, including Transcendental Windows, by Pierre Jalbert; and Music for Brass Instruments, by Ingolf Dahl.

Everything Must Go, Martin Bresnick