Kari Ragan: My Mezzos and Me! 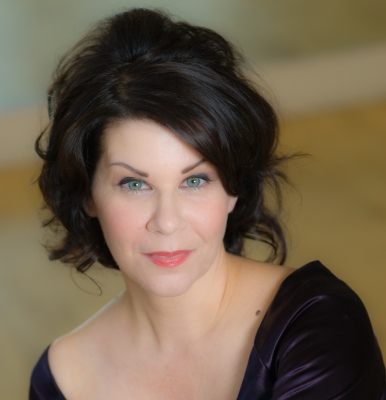 Soprano Kari Ragan holds degrees from Indiana University (BM, MM) and the University of Washington (DMA). Her dissertation, “The Ballad of Baby Doe: Historical Accuracy and Gender Ideology in the Characterization of August and Baby Doe,” focused on feminist perspective of Douglas Moore’s 1956 opera.

In 2012, Dr. Ragan was the recipient of the Van L. Lawrence Fellowship, a prestigious award presented jointly by The Voice Foundation and the National Association of Teachers of Singing (NATS). Her research topic for this fellowship is “The Parameters and Utility of Vocal Cool Down Exercises.” In 2011, she earned the Wicklund Singing Voice Specialist Certificate and in 2010 the New York Singing Teachers (NYSTA) Association’s Distinguished Voice Professional Certificate. Dr. Ragan was selected to present at the 51st NATS National Conference on Voice Disorders and the Multidisciplinary Team. In 2009, she was the recipient of the NATS Pedagogy Award. Dr. Ragan’s article “Intubation Considerations for Singers” was published in the NYSTA’s VOICEPrints in 2010 and the augmented article co-written with anesthesiologist Dr. Kunal Gangopadhyay, will be published in the Journal of Singing in the fall of 2012. Additionally, her article entitled “The Connected Voice Studio” was published in the Journal of Singing in September 2010.

Dr. Ragan joined the University of Washington voice faculty in the fall of 2010 where she teaches graduates and undergraduates applied voice, vocal pedagogy, Italian diction, and French art song literature. Additionally, she has developed and maintained a thriving and collaborative independent voice studio for over twenty-five years.

Although her primary training, performing, and teaching is in the classical genre, she has also specialized in Contemporary Musical Theater (CMT) pedagogy and as a Singing Voice Specialist (SVS)—a voice teacher with specialized training in helping the injured voice. Her work in this area is in association with a team including Laryngologists and Speech Language Pathologists (SLP). As a result of her three specialties (classical pedagogy, CMT pedagogy and an SVS) she is frequently sought after as a clinician and adjudicator for workshops and masterclasses throughout the Pacific Northwest. Dr. Ragan is a member of NYSTA, an organizing member of the Northwest Chapter of the Voice Foundation (NWCVF), has served on the board of the Puget Sound Chapter of NATS, and is a member of Northwest Artists.

As an active performer she has sung with such companies as Seattle Opera, Spokane Opera, Fort Collins Symphony, Helena Symphony, Washington East Opera, Spokane Symphony, Lyric Opera Northwest, and Opera Idaho, among others. In addition, she is a frequent recitalist, having recently presented a series of recitals, throughout the Northwest, with Maestro Dean Williamson at the piano. She has been recognized as the Regional finalist for the Metropolitan National Council Competition and the MacCallister Competition.

Mezzo-soprano Dawn Padula, Director of Vocal Studies, joined the School of Music faculty in 2009-2010. She completed both a Bachelor of Music in Vocal Performance and a Bachelor of Arts in Communication at Trinity University, a Master of Music degree from the Manhattan School of Music, and a Doctorate of Musical Arts from the University of Houston Moores School of Music, where she focused in her dissertation on pedagogical issues with the male voice, particularly registration negotiation and passaggio.

She has performed many of the major mezzo roles, including Cherubino in Le Nozze di Figaro, Suzuki in Madama Butterfly, Meg in Falstaff, Mercedes in Carmen, Dangeville in Adriana Lecouvreur, andThe Third Lady in Die Zauberflöte (Opera in the Heights), the Gingerbread Witch in Hansel and Gretel (The Living Opera), Loma Williams in Cold Sassy Tree, Maddalena in Rigoletto (Amarillo Opera, Concert Opera of Seattle), Vera in Gene Murray’s The Wage of Sin (Amarillo Opera—recorded for educational television), Isabella in L’Italiana in Algeri, Erika in Vanessa, and Marchesa Melibea in Il Viaggio a Reims (Moores Opera Center), Ragonde in Le Comte Ory (Manhattan School of Music Opera Theatre), and the Sorceress in Dido and Aeneas (Ars Lyrica Houston/Houston Chamber Choir).  The Newport Classics label has released her performance as Bellino in Casanova’s Homecoming with the Moores Opera Center.  Dr. Padula also created the role of Hagga for the world premiere of Christopher Theofanidis’ The Thirteen Clocks for the Moores Opera Center(also recorded for commercial release).  For the Houston Grand Opera, Dr. Padula sang the role of Sappho in a reading and recording session of Mark Adamo’s newest opera, Lysistrata, as well as participating in a recording of scenes from Daniel Catan’s Salsipuedes, for their New Music Week.

Her concert repertoire includes solo work in Durufle’s Requiem, Handel’s Messiah, Israel in Egypt, and Judas Maccabeus, Vivaldi’s Gloria, Mozart’s Requiem, Solemn Vespers, and Coronation Mass, Debussy’s La Damoiselle Elue, Brahms’ Alto Rhapsody, Schubert’s Ständchen, Beethoven’s Mass in C, Choral Fantasy andSymphony No. 9, Honnegger’s King David, Bach’s Magnificat, Bernstein’s Chicester Psalms, Copland’s In the Beginning, and Haydn’s Mass in the Time of War.  She has appeared as a soloist with several leading performance organizations, including the Houston Symphony Orchestra, the Houston Masterworks Chorus, the Houston Chamber Choir, the Alamo City Men’s Chorale, the Sons of Orpheus Men’s Ensemble, CANTARE Houston, Mercury Baroque, the Woodlands Symphony Orchestra, the Men’s Consort of Houston, the Symphony North of Houston, the Black Note Ensemble, the Bay Area Chorus, and the Foundation for Modern Music.  With Ars Lyrica Houston, she has portrayed the roles of both Tempo and Disinganno in the American premiere of the 1737 version of Handel’s oratorio, Il Trionfo del Tempo é delle Veritá, the role of Phoebus in Bach’s BWV 201, a soloist in Jacquet de la Guerre’s Jepthe, as well as the title role of Cain in Scarlatti’s Il Primo Omicidio Overo. She performed as the Alto Soloist in Penderecki’s Credo with the Houston Symphony Orchestra under the direction of Maestro Jahja Ling of the San Diego Symphony. In the spring of 2010, she performed as the Alto Soloist in Mozart’s Requiem in Cleveland’s famed Severance Hall to commemorate Kent State University’s Centennial Celebration. She has also recently performed Weill’s Die Sieben Todsünden with Col Canto Houston, and Brahms’ Zwei Gesänge with the St. Cecilia Concert Series of Houston.

Mezzo-soprano Melissa Schiel has distinguished herself as a preeminent stage performer, recitalist, and pedagogue. She has performed with numerous companies which include: Opera Ontario, Aspen Opera Theater Center, Tanglewood Music Center, Boris Brott Festival and Mountain View International Festival of Song. She premiered the role of Estelle Oglethorpe in Later the Same Evening: a 2007 opera by John Musto which was inspired by the art work of American Edward Hopper. This was in collaboration with the National Gallery of Art in Washington, D.C.

Originally from Kitchener-Waterloo, Canada, Melissa has earned degrees from McGill University, University of Toronto and the University of Maryland. She is currently on faculty at Central Washington University and resides in Ellensburg with her husband, Nikolas Caoile and son Kieran.

Nikolas Caoile is a conductor, pianist, and music educator. Concurrently serving as Conductor and Artistic Director of the Salem Chamber Orchestra, Music Director and Conductor of the Wenatchee Valley Symphony Orchestra, and Director of Orchestras at Central Washington University, Caoile’s artistic leadership spans professional, community, and academic arenas. Caoile has also guest conducted many other orchestras including: Philharmonic Orchestra of the Americas, Lake Union Civic Orchestra, Northwest Mahler Festival Orchestra, Rainier Symphony, Yakima Symphony, Gig Harbor Symphony, Lake Avenue Orchestra, and the Olympia Symphony. He made his New York City debut in 2009 conducting the Philharmonic Orchestra of the Americas in collaboration with the Christopher Wheeldon's Morphoses Dance Company at New York City Center. Caoile has participated at the Cabrillo Festival for Contemporary Music where he worked with Marin Alsop and Gustav Meier.

A passionate believer in music education for all ages, Caoile has led numerous educational and community engagement concerts including the Alaska and Indiana All-State Orchestras, the Washington All-State Jr. Orchestra as well as many regional honor orchestras in Washington, Montana, Alaska, Arizona, Oregon and Indiana. Caoile regularly presents clinics at National Association for Music Educators Regional and State Conferences and is a regular presenter for Seattle Symphony Pre-concert Talk series. Caoile is conductor of several orchestra camps and workshops including the Kairos Lyceum, Icicle Creek Summer Symphony, and the Orchestra Leadership Workshop at CWU.

Born in Portland, Nikolas Caoile now resides in Ellensburg WA with his wife, mezzo-soprano, Melissa Schiel and their son, Kieran. Caoile holds degrees in conducting and composition and completed his Doctorate of Musical Arts in Orchestral Conducting from the University of Michigan. He recently accepted a nomination to join Phi Beta Kappa as a member of the Willamette chapter, Delta of Oregon. His principal teachers are Kenneth Kiesler, Gustav Meier, and Peter Erös. Caoile also enjoys playing golf, NYT Crosswords and cooking.