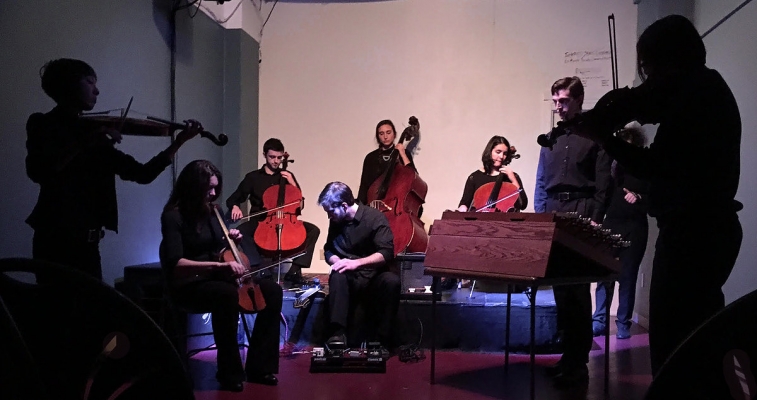 Ensemble-in-residence for the performance is the Seattle-based Inverted Space Ensemble.

Hodge is the recipient of many prestigious awards and distinctions. In 2018, he was honored with the Charles Ives Living, the largest music award conferred by the American Academy of Arts and Letters. His other major awards include the Rome Prize (Luciano Berio Fellowship), the Gaudeamus Prize, a Guggenheim Fellowship, commissions from the Koussevitzky Foundation in the Library of Congress, the Fromm Foundation at Harvard University, the American Composers Forum (JFund), the Barlow Endowment, Music at the Anthology (MATA), the American Academy in Rome, Muziek Centrum Nederland, Musik der Jahrhunderte, and the National Theater and Concert Hall of Taiwan, in addition to multiple grants and awards from ASCAP, the Bogliasco Foundation, Copland House, the Deutscher Akademischer Austauschdienst (DAAD), MacDowell, New Music USA, the Siemens Musikstiftung, and Yaddo.