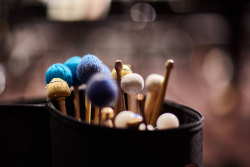 Emerson Wahl is a percussionist, educator, and composer hailing from Los Angeles, California. A passion for collaboration continues to reward him with significant musical situations. Wahl has performed and toured extensively with various ensembles in the United States and China.