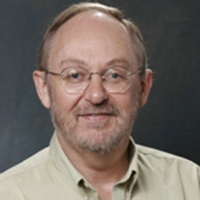 The School of Music has named Professor David Huron from Ohio State University the inaugural James C. Carlsen Visiting Scholar in Music Cognition and Learning at the University of Washington. In association with that appointment, he delivers a lecture titled "Music Observed" on Wednesday, January 25, 6:30 p.m., at Brechemin Auditorium.

Arts and Humanities Distinguished Professor at OSU, Dr. Huron holds joint appointments in the School of Music and in the Center for Cognitive Science. He also is head of the OSU Cognitive and Systematic Musicology Laboratory–a facility focused on music and behavior, computational musicology, and comparative ethnomusicology. In addition to laboratory-based research, he has conducted extensive field studies on music and globalization in Micronesia. His book Sweet Anticipation: Music and the Psychology of Expectation has been identified by The Taruskin Challenge as one of 15 "must read" books in the field of musicology.

Dr. Huron’s lecture and visit to the UW are made possible by the James C. Carlsen Visiting Scholar in Music Cognition and Learning endowment and the Bobbette Koon Endowment in Music Therapy. The Carlsen endowment was recently established in honor of Professor Emeritus James Carlsen, founder of the UW Systematic Musicology graduate program (established in 1967 and active through the mid-1990s). When fully funded, the endowment will enable the School of Music to bring multiple scholars to the School each year to share the latest research on music cognition and provide support for Music Education students and faculty to advance research in this field of study.

"Dr. Huron is the perfect choice for the inaugural Carlsen Scholar because he has made such an important contribution in the area of melodic expectancy theory, an area where Professor Carlsen was one of the pioneering researchers," says Music Education Professor Steven M. Demorest. "The Music Education division is extremely excited about the enrichment opportunities for our students offered by the creation of this new endowment. We are also grateful for the generosity of the Bobbette Koon endowment in supporting the initial Carlsen Scholar residency." The Koon endowment, which has supported a variety of activities related to music therapy and music cognition, is also instrumental in supporting the research of the newly formed Laboratory for Music Cognition, Culture & Learning, co-directed by Professor Demorest and Music Education Professor Steven Morrison.

In his UW lecture which is free and open to the public, Dr. Huron will describe numerous research studies providing contrasting perspectives on music and music-making from a multitude of influences—biological, perceptual, cognitive, historical, social, cultural, economic, technological, formal, and other factors—and will consider optimum approaches for the future conduct of music scholarship.

For more information, or to support the James C. Carlsen Visiting Scholar in Music Cognition and Learning or the Bobbette Koon Endowment in Music Therapy, contact Cristi Benefield at 206.543.1221 or email cristi@uw.edu.