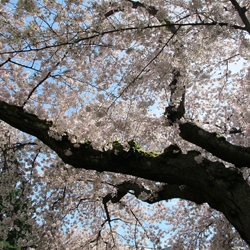 The University of Washington Wind Ensemble and Seattle Symphony principal trombonist Ko-Ichiro Yamamoto (also on the faculty of the School of Music) are among Northwest and Japanese classical and jazz musicians joining forces on Sunday, March 11, 7:30 p.m. at Benaroya Hall to present “Winds for Hope: Tomodachi through Music,” a benefit concert for Japan.

Proceeds from the concert, which also will feature appearances by jazz pianist/composer Toshiko Akiyoshi, trumpeter Eric Miyashiro, flutist and tenor saxophonist Lew Tabackin, and many local jazz artists, will go toward the purchase of musical instruments for Japanese children affected by the March 11, 2011 Tohuko Earthquake-Tsunami.

“Many of us in Seattle have been talking about combining our efforts in an attempt to present a concert that would assist Japan in the massive earthquake/tsunami relief effort,” says School of Music professor Timothy Salzman, director of the Wind Ensemble, which has made three tours of Japan over the past decade. “We have all been deeply affected by this tragedy, even from this distance, and are particularly concerned for the school children whose daily lives have been so obviously disrupted.”

The concert, presented in cooperation with the Seattle Symphony Orchestra, Japan America Society of the State of Washington, and the Japan Business Association of Seattle, will feature both jazz and classical music, including the world premiere of a new work by wind composer Satoshi Yagisawa.

“Japanese school bands are regarded as among the finest in the world, and the thought that many children may not be able to participate in their bands at this time is heart-wrenching,” Salzman says. “It is our sincere hope that a great deal of money will be raised to send to Japan for purposes of assisting the affected schools in the reconstruction of their band programs.”