Music is our Research: New recordings by School of Music faculty 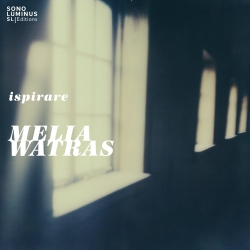 Recent research activities by School of Music faculty include the release of several new recordings in a range of musical styles.

The percussionist revisits settings from throughout his life in this nine-track set featuring guest appearances by a host of talented musicians, including Larry Coryell and Bill Frisell on guitar, Dan Dean on bass, and John Bishop and Ted Poor on drums. Sixty years into his professional music career, Collier confirms he hasn’t lost his fire—or his chops—on this, his second 2015 release, which will appear on the 2016 GRAMMY ballot under two categories: Best Jazz Album and Best Improvised Solo (for "Lines").

Songs by Curtis Mayfield, Stevie Wonder, and Jimmy Webb meet a selection of Marc Seales originals in the third volume of the pianist’s American Songs trilogy, a musical road trip from Wichita Kansas, to the Getty Museum in downtown Los Angeles with various stops  in between. Seales’s band on this disc includes longtime collaborators Fred Hamilton on guitar, Gary Hobbs on drums, and Jeff Johnson and Dave Captein on bass, worthy compatriots to the artist considered one of the leading voices in Northwest piano jazz.

Listen: I Really Didn’t Think That

The pianist dedicates himself to performing a definitive interpretation of Shostakovich’s 24 Preludes and Fugues in this ambitious set recorded live at Meany Theater on the UW campus in April 2015. Declaring the works among the most influential in the canon of 20th century solo piano works, Sheppard has immersed himself over the past two years in the mastery of these wildly varied pieces composed over an intense three-month period after a meeting between the composer and the great Russian pianist Tatiana Nikolayeva.

The violist’s first release on the West Virginia-based Sono Luminous label includes a new work, Perfect Storm, by Pulitzer-Prize winning composer Shulamit Ran, as well as pieces by Watras’s former teacher Atar Arad, George Rochberg, and Luciano Berio. All of the compositions and composers are connected in this collection of contemporary viola music, whether by a spark of inspiration or other ties that bind. With guest musicians Galia Arad, Winston Choi, Valerie Muzzolini-Gordon, and others.

Listen: Black is the Color