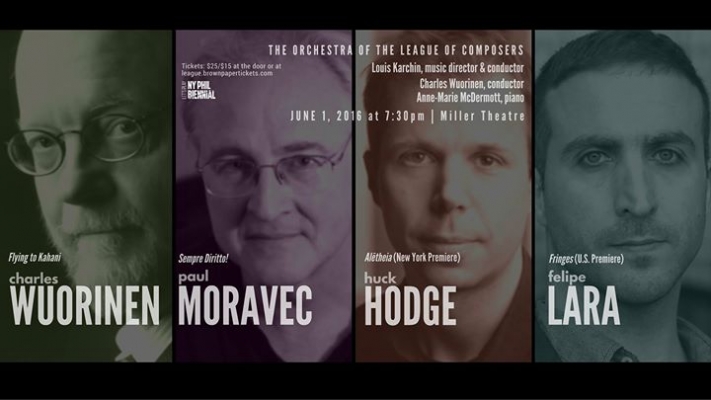 Hodge is a featured composer on the June 1 performance by the Orchestra of the League of Composers, which will perform his work Alêtheia, originally commissioned in 2011 by the government of the Netherlands for the Laboratoire Instrumentelle Européen in Paris and Amsterdam.  The program, to be held at Columbia University’s Miller Theatre, also includes works by Pulitzer Prize–winning composers Charles Wuorinen and Paul Moravec as well as a U.S. premiere by Brazilian composer Felipe Lara.

Created in 1923, the League of Composers/ISCM is the nation’s oldest organization in the United States devoted to contemporary music.

More details about the performance and the League are available here.