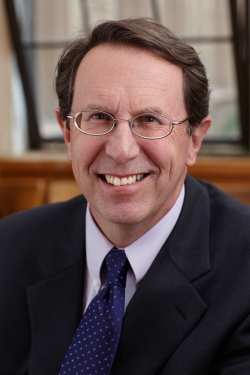 Dr. Steven McGregor Demorest was born August 24, 1959 in Detroit, Michigan, and died September 22, 2019 in Evanston, Illinois after a 20-month battle with a form of lung cancer that – much like him – was very rare. True to his wishes, he passed peacefully at home with his family and loyal dog by his side.

Steven completed his undergraduate work at Luther College, where he worked closely and built a lifelong relationship with Weston Noble. He received his Master’s from Westminster Choir College and had the exceptional experience of performing at the Spoleto Festival and in New York City. He completed his PhD at the University of Wisconsin at Madison, where he credits his advisor for teaching him how to ask hard questions that better the work.

Throughout his life, he tenaciously and honestly pursued the highest quality research. Steven had a curious mind and published regularly. He was most notably driven by the belief that singing should not be reserved for a chosen few, but can be a communal way to celebrate, mourn, find joy, and express ourselves.

He will be remembered by his family and many others through song. Steven spent many years missing his sister, Julie, who preceded him in death. He is survived by his parents Allan Demorest and Laurel Demorest, wife Karen Tollenaar Demorest, daughters Jessica Tollenaar Cafferty and Claire McGregor Demorest, son-in-law Jacob Cafferty and grandson Varden Cafferty, dog Akila, and extended family and friends who love him deeply.