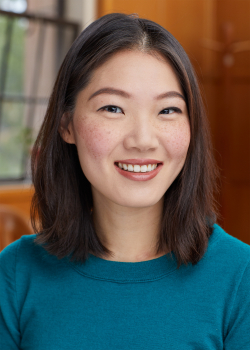 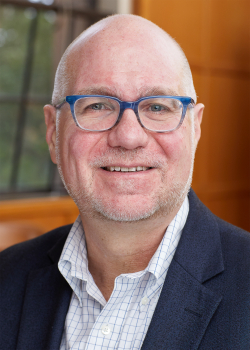 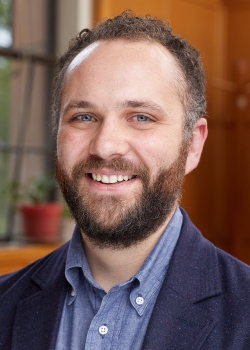 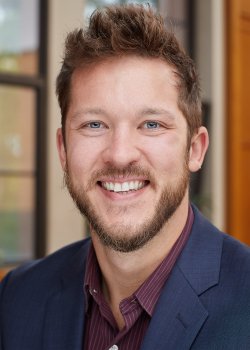 Violinist Rachel Lee Priday joins the School of Music faculty in 2019-20 as assistant professor in the Strings Program. A former student of Itzhak Perlman, Priday has earned rave reviews from critics since making her orchestral debut at the Aspen Music Festival at age nine and has since performed in the world’s most distinguished concert venues as a soloist, collaborator, and cultural exchange ambassador. A native of Chicago, Rachel began her violin studies at the age of four, and in 1996, moved to New York to study with the late pedagogue Dorothy DeLay. She continued her studies at the Juilliard School Pre-College Division with Itzhak Perlman. She holds a B.A. degree in English from Harvard University and an M.M. from the New England Conservatory, where she studied with Miriam Fried through its joint dual-degree program with Harvard College.

Joseph Adam has been appointed Artist in Residence in the Organ Program at the University of Washington for the 2019-20 academic year. Resident Organist for the Seattle Symphony, he has been Cathedral Organist at St. James Cathedral in Seattle since 1993, and a faculty member at the University of Puget Sound in Tacoma for the past 15 years. Adam received undergraduate and graduate degrees in piano from the University of Iowa, and a Performer’s Certificate in Organ from the Eastman School of Music.

Kerry O'Brien, Music History
A musicologist and a percussionist specializing in experimental music, minimalism, and countercultural spirituality, Kerry O'Brien has taught at Yale University and Indiana University (where she earned her PhD in musicology). She also teaches at Cornish College of the Arts in Seattle. She has recently presented her work at national meetings of the American Musicological Society, the Society for Minimalist Music, the New Music Gathering, and the 2018 symposium "After Experimental Music."  She joins the School of Music faculty for the 2019-20 academic year as a lecturer in the Music History program.

Mark Rodgers joins the School of Music faculty for the 2019-20 academic year as a lecturer in the Music History program. He recently earned his Ph.D. in musicology at Yale University, working on Italian vernacular song and the history of tonality; he has taught on the music history faculty at the University of Massachusetts, Amherst. He majored in music and comparative literature as an undergraduate at the University of California, Berkeley, then attended the University of Oxford, where he earned a masters degree in musicology. He has read papers at the American Musicological Society, the Society for Seventeenth-Century Music, the Renaissance Society of America, and at many conferences that have focused on early modern and Italian madrigal topics.

Kevin Weingarten has been appointed Visiting Lecturer in Music Education at the University of Washington for the 2019-20 academic year. He is completing his PhD degree at the University of Kansas, where he taught courses in conducting techniques, instrumental methods, and music philosophy. His teaching experiences include work as a middle school band director and general music teacher at international schools in Ho Chi Minh City (Vietnam) and Budapest (Hungary). His research encompasses questions of music perception, multimodal inattention in music rehearsal settings, and social-emotional learning, much of which has been featured in presentations at state- and national-level NAfME conferences as well as in forthcoming publications. He was recently a keynote presenter at the Association for Music in International Schools (AMIS) Music Educators Conference in Dubai.