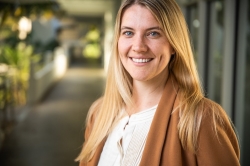 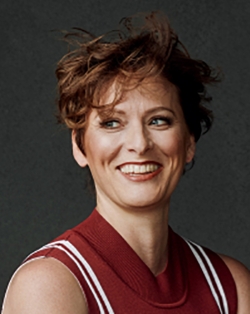 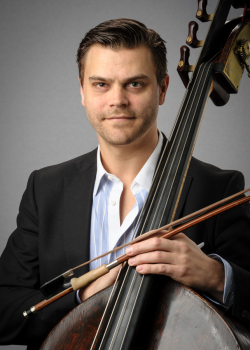 Anne Searcy joins the faculty of the School of Music in Autumn 2020 as an assistant professor in the Music History program.  She was formerly an assistant professor in the Frost School of Music at the University of Miami. She earned her Ph.D. at Harvard University in historical musicology with a dissertation on “Soviet and American Cold War Ballet Exchange, 1959–1962.”  Currently, she is investigating the intersections of music, politics, and dance, and she is using dance as a means of bridging the gap between the seemingly intangible aspects of music and the immediacy of political action.

Dr. Searcy's book Ballet in the Cold War: A Soviet-American Exchange, was recently published by Oxford University Press. This monograph analyzes the American and Soviet cultural diplomacy programs, focusing on tours by the Bolshoi Ballet in the United States and by American Ballet Theatre and the New York City Ballet in the Soviet Union. In addition, Dr. Searcy has also been exploring the relationship between dance and hip hop music in the Broadway show Hamilton, with an article on “Bringing Dance Back to the Center in Hamilton” published in a special issue on the musical in the journal American Music.

Frederick Reece joins the faculty of the School of Music in Autumn 2020 as a lecturer in the Music History program. He was a visiting assistant professor and postdoctoral resident scholar in music theory at the Indiana University Jacobs School of Music. He completed his Ph.D. at Harvard University with his dissertation “Ringing False: Music Analysis, Forgery, and the Technologies of Truth,” supported with the award of an Alvin H. Johnson AMS 50 Fellowship. He has published on the issue of forged compositions in his article “Composing Authority in Six Forged ‘Haydn’ Sonatas,” in the Journal of Musicology. A paper on this topic, presented at the national meeting of the American Musicological Society, was recognized with the Paul A. Pisk Prize. His current research explores the works of canonical western composers such as Haydn, Mozart, and Schubert as emulated by musical forgers, from the eighteenth century to the present day. He is completing a book addressing this topic, The Craft of Forgery in Musical Composition.

Carrie Henneman Shaw joins the School of Music faculty in Autumn 2020 as artist-in-residence in the Voice program. As a singer, Shaw engages in a wide variety of musical projects, but she focuses on early and contemporary music.

A sample of her work includes an upcoming solo recording on Naxos Records of early 18th-century French song; creating music for a live-music-for-dance project with James Sewell Ballet; and collaborating on a recording with the band Deerhoof.  Shaw is a two-time winner of a McKnight Fellowship for Performing Musicians, and she is a member of two groups that focus on music by living composers, Ensemble Dal Niente, a mixed chamber collective, and Quince Ensemble, a treble voice quartet.

She appears in numerous recordings ranging from medieval sacred music to a video-game soundtrack, and before coming to the UW, she had maintained a full university studio for the six years and participating in educational residencies for composers and performers around the country, including UC-Berkeley, Stanford, New York University, the University of Chicago, and beyond.

Recent music festival appearances include performances at the Seattle Chamber Music Society where he is a frequent participant at their summer and winter festivals. Anderson’s awards include Grand Prize in the David Walter Memorial Double Bass Composition Competition. He is passionate about teaching and enjoys playing recitals and giving master classes around the United States. Anderson has a Bachelor of Music degree from the Curtis Institute of Music, where he studied with Harold Robinson, Principal Bass of The Philadelphia Orchestra.