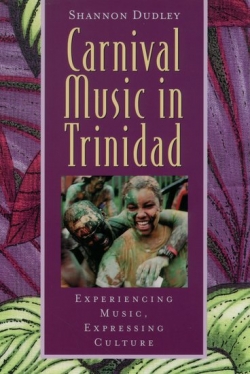 Carnival Music in Trinidad is one of several case-study volumes that can be used along with Thinking Musically, the core book in the Global Music Series. Thinking Musically incorporates music from many diverse cultures and establishes the framework for exploring the practice of music around the world. It sets the stage for an array of case-study volumes, each of which focuses on a single area of the world. Each case study uses the contemporary musical situation as a point of departure, covering historical information and traditions as they relate to the present. Visit www.oup.com/us/globalmusic for a list of case studies in the Global Music Series. The website also includes instructional materials to accompany each study.

Home to the most elaborate Carnival celebration in the Caribbean, Trinidad is the birthplace of the steelband and a hub for calypso and soca, musical genres that have been influential throughout the world. Collectively, these and other performance genres constitute the dynamic event of Carnival, which for more than a century has been an occasion for an intense exchange of ideas about society, culture, and tradition in Trinidad.

Carnival Music in Trinidad examines the history and aesthetics of calypso, steelband, soca, and other genres, relating musical structure, lyrics, sound, and style to the major roles they play in Trinidadian culture. It also analyzes how the instruments, sounds, and lyrics of Carnival music provide a sense of national and ethnic identity. Author Shannon Dudley describes calypso's traditional role as a voice for the common people, acknowledging the tensions between this history and calypso's ties to modern commercial music markets. He also presents the story of the steelband--an art form born in the most downtrodden neighborhoods of Port of Spain--as both a parable of the nation's struggles and successes and as a continuous process of musical exploration. Written in a lively style accessible to both students and general readers, Carnival Music in Trinidad features vivid eyewitness accounts and illustrations of performances. The book is packaged with a 40-minute CD containing examples of the music discussed in the text.