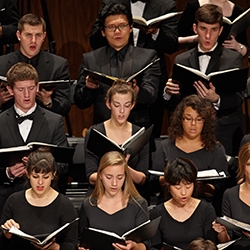 Founded in 2009, Sapience Dance Collective is a community-based dance company that features the work of Sarah Seder, Lilah Steece and Amy Weaver. All company members are choreographers, dancers, and co-directors. Sapience choreographs innovative, physically adept, and socially conscious new works focused on artistic growth and group collaboration. Through feedback and a broad network of linked communities, our choreographer/dancers create an atmosphere of synthesis and abundant mutual support. The word ‘Sapience’ comes from our species’ name, Homo sapiens, so called because it is wisdom that sets humanity apart. We believe that dance illuminates the common humanity of the dancers, the choreographers, and the audience, and by working together, we can deepen our understanding of human nature and ourselves. SDC has performed original work in Vancouver, BC, Martha's Vineyard, MA, Brooklyn, NY and throughout the Northwest.

Sarah Seder is a co-founder of Sapience Dance Collective. She earned a degree from Bard College in NY where she studied dance and psychology. Sarah works as a choreographer, dancer, dance teacher, and GYROTONIC® instructor. She has performed and shown her work extensively in the Seattle area and throughout the country. In 2006 she was a member of a choir which performed "The Peaceable Kingdom". Since then she has been looking forward to an opportunity to choreograph a modern dance piece set to this incredible choral music. She lives by the sea, climbs mountains and is passionate about helping people discover the joy of dance.

Karin Stevens Dance (ksd) was launched in Seattle in 2009. ksd presents and tours multiple performances around the greater Seattle area and NW region. ksd’s mission is to create dance to original new music and/or live musical accompaniment of new and old music, and to collaborate with many local and regional organizations, musicians, composers, visual artists, and fashion designers. ksd has worked with the Montana-based Glacier Symphony and Chorale and String Orchestra of the Rockies, and Seattle’s Northwest Symphony Orchestra, Simple Measures, Seattle Jazz Composers Ensemble, Taproot Theater, and Book-It Theater, to name a few.

Karin Stevens began her training with Seattle’s Magnolia community-based Roseanne’s School of Dance, Pacific Northwest Ballet, Spectrum Dance Theater and The Seattle Children's Theater. she completed a B.A. in dance from the University of Washington, where she was awarded a Mary Gates Endowment for Student Leadership Grant for her work with at-risk youth through dance. Her rich and varied career includes work as a creator, dancer, teacher, and artistic leader of several dance companies. She served as director of dance at Dr. Philips H. S., in Orlando, Fla; danced with Mills Repertory Dance Company while completing an M.F.A. in dance at Mills College; and founded Oakland Dance Encounter, where she collaborated with composers and performers throughout the Bay Area. In 2007, Stevens returned to Seattle to form Karin Stevens Dance, which has since collaborated with many local artists, composers, and music ensembles.