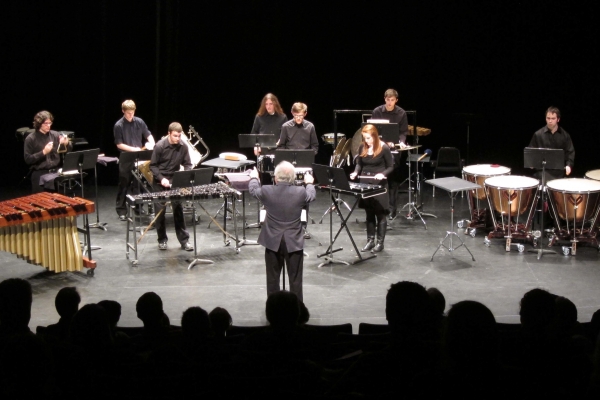 Small groups of student percussionists perform works by American composers under the direction of Thomas Collier.

•To the Wild Rose: Edward MacDowell