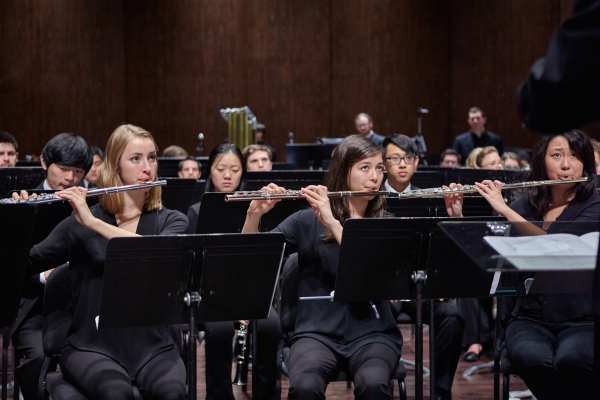 Prior to his appointment at the UW he served for four years as Director of Bands at Montana State University, where he founded the MSU Wind Ensemble. From 1978 to 1983 he was band director in the Herscher, Illinois, public school system, where the band program received several regional and national awards in solo/ensemble, concert and marching band competition.

Professor Salzman holds degrees from Wheaton (IL) College (Bachelor of Music Education), and Northern Illinois University (Master of Music in low brass performance), and studied privately with Arnold Jacobs, former tubist of the Chicago Symphony Orchestra. He has numerous publications for bands with the C. L. Barnhouse, Arranger's Publications, Columbia Pictures, Hal Leonard Publishing, and Nihon Pals publishing companies, and has served on the staff of new music reviews for The Instrumentalist magazine.

Professor Salzman has been a conductor, adjudicator or arranger for bands throughout the United States and in Canada, England, South Korea, Indonesia, Thailand, Russia, Singapore, the Philippines, China, and Japan, a country he has visited twenty-one times. Recently he has frequently travelled to Beijing where he served as visiting professor at the Beijing Conservatory, conducted the People's Liberation Army Band in two concerts (2009/10), and has given master classes for numerous wind bands including a concert appearance at the National Center for the Performing Arts in Tianenmen Square with the Beijing Wind Orchestra, the first professional wind ensemble in Beijing. He also adjudicated the Singapore Youth Festival National Concert Band Championships twice in the past four years.

Professor Salzman is compiling editor and co-author (with several current and former UW graduate students) of A Composer's Insight: Thoughts, Analysis and Commentary on Contemporary Masterpieces for Wind Band, a five-volume series of books on contemporary wind band composers published by Meredith Music Publications, a subsidiary of the Hal Leonard Corporation. He is an elected member of the American Bandmasters Association and is a past president of the Northwest Division of the College Band Directors National Association.