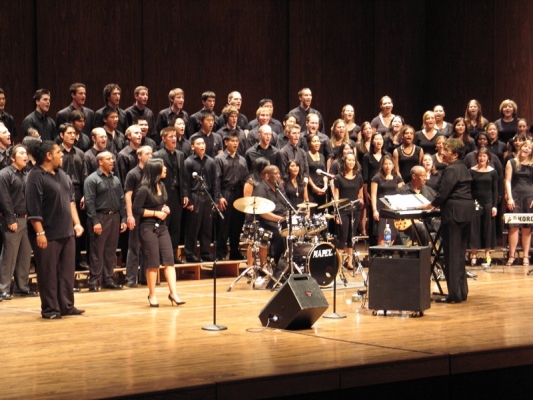 Phyllis Byrdwell leads the 100-voice gospel choir in songs of praise, jubilation, and other expressions of the Gospel tradition.