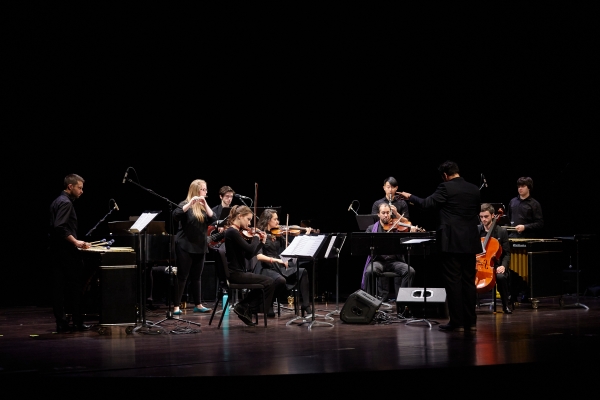 Cristina Valdés leads the UW Modern Music Ensemble in a program of modern masterpieces, including works by Chaya Czernowin, Gerard Grisey, Mauricio Kagel, and others.

Chaya Czernowin: "Ayre: Towed through plumes, thicket, asphalt, sawdust and hazardous air I shall not forget the sound of"