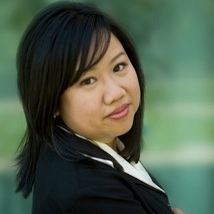 Kim Cannady, doctoral student in Ethnomusicology, has been awarded The Graduate School Boeing International Fellowship for the 2012-13 academic year. The fellowship pays for three full months of research or study abroad. The support will enable Cannady to continue her research into issues of cultural heritage and musical contact within the North Atlantic locations of Denmark, Greenland, the Faroe Islands, and Iceland. Currently studying in Iceland for the 2011-2012 academic year on a Fulbright Fellowship, Cannady will focus research supported by this fellowship on examining large-scale music festivals this summer in the Faroe Islands. "The summer months are an exciting time in the islands musically," she writes from Iceland, "with a handfull of large-scale music festivals and vibrant ongoing concert schedules aimed both towards the local population as well as the increasing flow of tourists to the islands. Ólavsøka, the Faroese national festival, will take place at the end of July, during which people from all over the islands will converge in the capital city, Tórshavn, for singing and traditional chain-dancing and other forms of communal celebration."

Michiko Urita, doctoral student in Ethnomusicology, has been selected to receive The Graduate School Chester A. Fritz Fellowship for the 2012-13 academic year. The fellowship will enable Urita to conduct ethnographic field research at Ise Grand Shrine in Ise, Japan during fall quarter 2012. Her research topic is Shinto and gagaku tradition of Ise Grand Shrine, and she plans to produce a study titled "Religion, Rice, and Music: a Proposed Study of the Importance of Rice and Sacred Music in Shinto Rituals at Ise Grand Shrine."

Yigit Kolat, a doctoral student in Composition at UW who studies with Joël-François Durand, received the second place prize in the Seventh Annual Concours International de Composition Henri Dutilleux. No first prize award was given. The jury consisted of many notable composers, including Henri Dutilleux, Michael Jarrell, and Magnus Lindberg, among others.