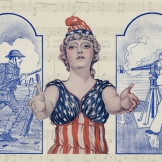 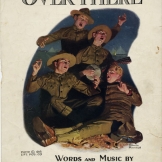 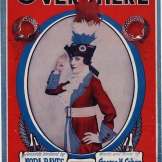 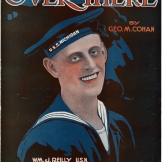 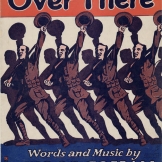 This three-part series (12/7, 3/8, 5/3) produced by piano professor Robin McCabe in honor of the 100-year anniversary of the start of World War I, features music composed during the Great War, with historical context offered in commentary and narration. Pre-concert lectures by UW scholars, including Dean Robert Stacey (History), Professor Ronald Moore (Philosophy), and Professor Steven Morrison (Music Education) present a variety of perspectives from which to consider the profound impacts of the War to End All Wars. Full details below.

Music of Debussy and De Falla

European artists and intellectuals faced a growing sense at the end of the 19th century that a tired, staid, worn-out, and decidedly uninspiring artistic world was collapsing. Concurrently, they experienced a sense of responsibility to hasten that world to its grave. But in clearing the ground, in effect, for the artistic world of the new century to emerge, they found themselves unprepared for the deeply unexpected (and in some cases, horrifying) ways that the new artistic world differed from the older one. Moral of the story: When one clears the ground, the new plants that spring up may not be what one expects or wants.  But once grown, they cannot be shoved down again beneath the soil.

Music of Ravel, Bartok, and Prokofiev

Poets and musicians worked to find meaning in the unimaginable suffering and loss of the Great War. The unprecedented amount of combat loss, the volume of national engagement, the absence of any sign that it would end held Europe in a horrible pall. The great war poets reflected on this dreadful, remarkable state as well as on the heroism of those who continued to throw themselves into battle, and produced some extraordinary perceptions about the best and worst of humanity.

Note: The title of Professor Ronald Moore’s March 8 lecture is an abbreviated quotation from Wilfred Owen's poem, APOLOGIA PRO POEMATE MEO. The stanza, in full, reads: "I have perceived much beauty in the hoarse oaths that kept our courage straight/Heard music in the silentness of duty;/Found peace where shell-storms spouted reddest spate."

Music of Debussy, Ives, and Prokofiev

In this lecture, Steven Morrison, associate professor of Music Education at the UW, posits that the rise of recorded music in the early 20th century resulted in a dissociation of musical sound and action not previously known in a world that had experienced music exclusively in live performance settings. Professor Morrison also addresses the increased attention paid to the perceptual aspects of music in the surge of psychometric testing occurring during the era of the Great War.

Blog Post: ‘Music from the War to End All Wars’: A student performer’s view - UW Today