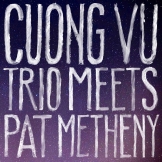 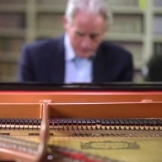 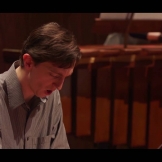 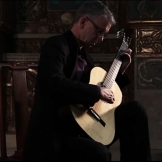 The internationally renowned trumpeter and UW Jazz Studies chair lands on critics’ year-end top ten lists with his 2016 Nonesuch release The Cuong Vu Trio meets Pat Metheny, reuniting Vu with his former boss and musical inspiration (Vu was a member of The Pat Metheny Groupin the early 2000s). Vu and Metheny are joined on this performance of “Telescope,” by UW faculty colleague Ted Poor, drums, and bassist Stomu Takeishi, bass.

Craig Sheppard: Dmitry Shostakovich: Prelude and Fugue No.2 in A Minor, Op. 87

The faculty pianist’s exploration of the 24 Preludes and Fugues of Dmitry Shostakovich took him around the world in a string of performances at top venues and resulted in a definitive recording of the works for Romeo Records, Craig Sheppard: Dmitri Shostakovich 24 Preludes and Fugues, Op. 87. Classical KING FM welcomed the pianist to its studios in April 2016 for this live performance broadcast on its popular Northwest Focus program.

Classical Guitar magazine recently deemed this video featuring the UW's Michael Partington its Video of the Week. The head of the UW’s guitar program recently premiered “Watts Chapel,” a new work by Stephen Goss that was filmed by the videographer Luca Sage at Watts Chapel, Compton, Surrey, UK.

Faculty and students are benefitting from the UW’s current possession of the Harry Partch Instrument Collection, currently housed at the School of Music under the curatorship of Charles Corey, who appears on this video, along with viola professor Melia Watras, wielding the bass marimba on this performance of Partch’s composition “The Street,” filmed by KING FM’s Second Inversion: