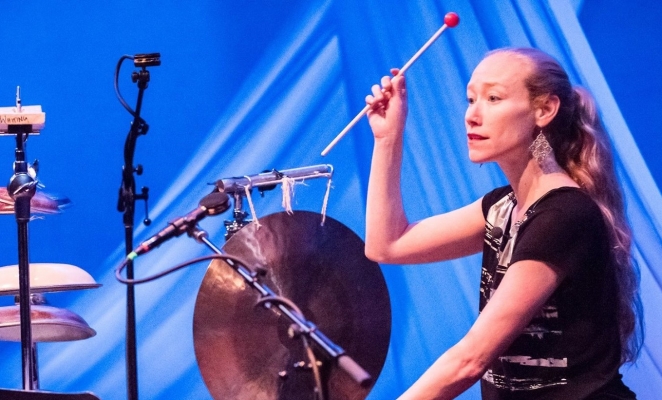 School of Music faculty report news of recent travels, festival appearances,  publications, recordings and distinctions in recent months on campus and in parts beyond, and note the passing of a valued former colleague.

Michael Brockman, Saxophone
The artist-in-residence performed lead saxophone for the entire run of  Seattle Opera's Porgy and Bess production this past summer at McCaw Hall. He also performed as part of the Centrum all-star big band at the Jazz Port Townsend festival. In his role as co-artistic director of the Seattle Repertory Jazz Orchestra, Dr. Brockman has been coordinating and planning upcoming performances with guest artists Maria Schneider and Ignacio Berroa as well as laying plans for SRJO's 25th anniversary season in 2019-20.

Patricia Campbell, Music Education, Ethnomusicology
The School of Music professor has been engaged in a number of research studies, projects and publications on her own, with current and former students, and with colleagues from the UW Music faculty. Funded research studies with current and former students include “Connecting Culture and Childhood: Implications of the Repatriation of Archival Recordings for Children and Young People,” funded by the Canadian Social Science Research Council, with Prof. Campbell serving as co-investigator, along with Ethnomusicology alumna Andrea Emberly, of York University. Dr. Campbell also received funding from the Jubilation Foundation—along with students Will Coppola, Skuli Gestsson, and Chris Mena —to develop and implement a Creative Songwriting Course at the Yakama Nation Tribal School (2017-19).

In other recent news, Professor Campbell has joined the board of the Association for Cultural Equity (ACE), accepting an invitation extended by Anna Lomax Wood, anthropologist and daughter of musicologist Alan Lomax. “ACE is the archive (recordings and films) of Alan Lomax, John Lomax (father), and Bess Lomax Hawes (sister) that encompasses historic recordings from about 1915 to the late 1990s, a goldmine of recordings that are highly valued by musicologists, ethnomusicologists, folklorists, historians, and Americanists of every sort,” Campbell says. As a member of the ACE board, Campbell expects to help with the development of teaching and learning projects related to the historical study of American music, a role for which she is abundantly qualified.

“I’ve been involved for over a decade in developing resources for teaching/learning (as have some of our former students), and in the repatriation of African American music from the Mississippi hill country,” she says. “ACE is the online link to these archived recordings of artists such as Leadbelly, Robert Johnson, Almeda Riddle, Bessie Jones, Hobart Smith, Mississippi Fred McDowell, and the Seegers, and to the Global Jukebox whose contents include music from a vast mix of world cultures.  ACE maintains a special relationship to the American Folklife Center of the Library of Congress, where all original field recordings of the Lomax family are deposited.”

Kari Ragan, Voice
Dr. Ragan was one of seven invited podium speakers presenting last May at “Finding a Collective Voice,” a conference hosted by University of Southern California’s Thornton School of Music in honor of former USC voice chair William Vennard, a pioneer in science behind healthy singing. Her podium paper, “Evidence-Based Voice Pedagogy: In Defense of Scientific Understanding,” is scheduled for inclusion in a collected volume of papers from the symposium, to be published by Inside View Press.  A separate article on evidence-based voice pedagogy, inspired by the paper she presented at Vennard, is set for publication in the October 2018 Journal of Singing.

Bonnie Whiting, Percussion
Percussion Studies Chair Bonnie Whiting traveled to the historic Black Mountain College Museum this past summer to perform her solo/simultaneous John Cage speaking percussionist project. While in North Carolina, she also performed and taught at the Asheville Percussion Festival, joining guest artists from Kenya, Iran, Turkey, and throughout the United States and Canada in two nights of collaborative performances. A highlight of the festival was her new composition "Solutions to the 36 Questions of Hildegard von Bingen" for solo speaking percussionist and open-form percussion ensemble. Whiting returned to The Walden School in New Hampshire as member of the institute's ensemble in residence, and traveled to Lansing, Michigan for a solo recital and a week of coaching at Michigan State University. 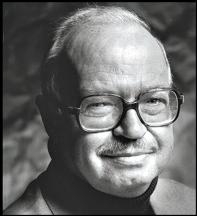 Bob Feist, an internationally recognized opera and symphony conductor and former School of Music faculty member (1981-88), died on August 1 at the age of 89. He passed away peacefully at European Senior Care in West Seattle after a long convalescence.

Mr. Feist was born in Cincinnati on December 4, 1928, and became an opera fan (and an usher for the Cincinnati Opera) at an early age.  He earned his music degrees at the Cincinnati College of Music and Indiana University. Mr. Feist made his conducting debut with the Rome Opera House Orchestra in 1955, at a Spoleto concert featuring Moffo and other Fulbright fellows in a selection of opera arias and duets.

Mr. Feist went on to lead many major orchestras on four continents, chiefly in Italy and Germany. He also took long sojourns in France, Russia and Czechoslovakia and made 10 tours to the Far East, Middle East, Australia and New Zealand.

His career also included directorial posts in California for the Festival at Lake Tahoe, the Oakland Opera, the New Oakland East Bay Symphony, the Marin Civic Light Opera and Opera Peninsula in San Mateo. In Portland, Ore., Mr. Feist produced the Rossini Bicentennial Festival and conducted master classes at several Oregon universities. He then returned to Seattle, where he was a consultant and vocal coach for singers pursuing opera careers.

Mr. Feist conducted seven West Coast or Northwest premieres while an opera and orchestra conductor at the University of Washington, plus the U.S. premiere of Bohuslav Martinu’s “Julietta” in 1988.

A skilled collaborator, Mr. Feist made many friends among the singers and conductors he met in his travels, and told their stories as well as his own in his 2010 memoir, The Last Great Era of Opera: The 1940s Through the 1970s.